How Will the Uninsured in Oregon Fare Under the Affordable Care Act?

This brief profiles four states that were the first to receive federal approval to take up a state option under the Affordable Care Act to implement health homes for Medicaid beneficiaries with chronic conditions. Almost half of the 9 million people who qualify for Medicaid on the basis of disability…

Secrets to Success: An Analysis of Four States at the Forefront of the Nation’s Gains in Children’s Health Coverage

This analysis, based on site visits and interviews with key stakeholders, examines the experiences of Alabama, Iowa, Massachusetts and Oregon in significantly improving health coverage of children in recent years through Medicaid and the Children’s Health Insurance Program. Several common themes underlie these states’ successful efforts: At least one state… 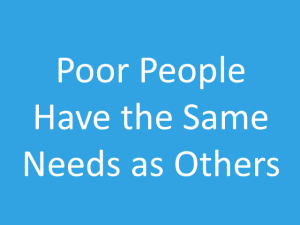 Poor People Have the Same Needs as Others

Drew Altman, President and CEO of the Foundation, was asked to contribute to the New York Times’ Room for Debate discussion on More Medicaid, More Health? In his piece, Dr. Altman concludes “Insurance — public or private — provides financial protection and access to medical care which low-income people need just as everybody else does. But it cannot by itself change behavior, alleviate poverty, or guarantee that the medical system is doing all it can to improve health.”