Just shy of a year after Hurricane Maria devastated Puerto Rico, about four in ten (39 percent) say their day-to-day life is largely back to normal and another 36 percent say it is almost back to normal. For a quarter (25 percent), they report their lives are still somewhat or very disrupted (18 percent and 7 percent, respectively). Those with lower incomes (less than $20,000 annually) are more likely than others to say their lives are still very or somewhat disrupted (29 percent vs. 21 percent). The responses from Puerto Ricans are in stark contrast with the U.S. public’s assessment of how people in Puerto Rico are faring – 85 percent say they think day-to-day life for most people in Puerto Rico is still somewhat (39 percent) or very (46 percent) disrupted.1 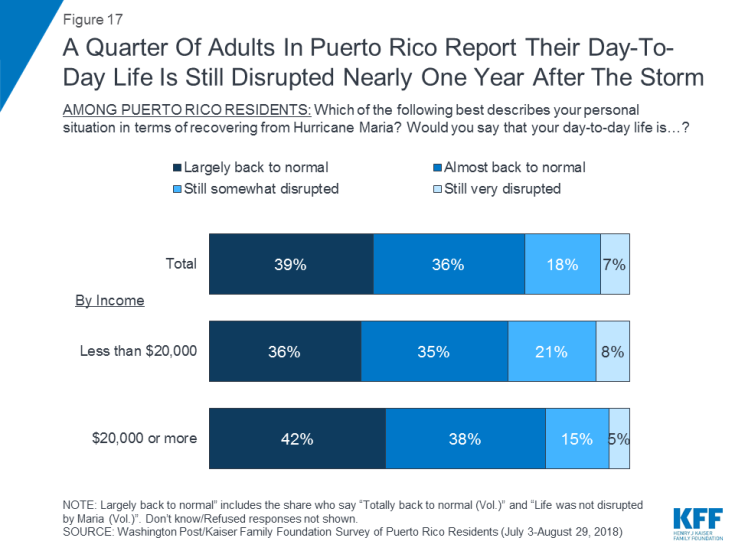 Figure 17: A Quarter Of Adults In Puerto Rico Report Their Day-To-Day Life Is Still Disrupted Nearly One Year After The Storm

In terms of the ongoing needs people have, about three in ten (31 percent) say they need more help repairing damage to their home, topping the list of needs asked about. Around two in ten (21 percent) report needing more help navigating the different systems for receiving help from the government. Lower on the list are issues like getting the medical care they and their family need (15 percent), restoring electricity to their home (13 percent), finding affordable permanent housing (10 percent) and getting mental health care for themselves or a family member (10 percent). Those with lower incomes more often report needing more help in many of these areas than others, particularly in repairing their damaged homes (37 percent vs. 23 percent) and navigating aid systems (25 percent vs. 14 percent). 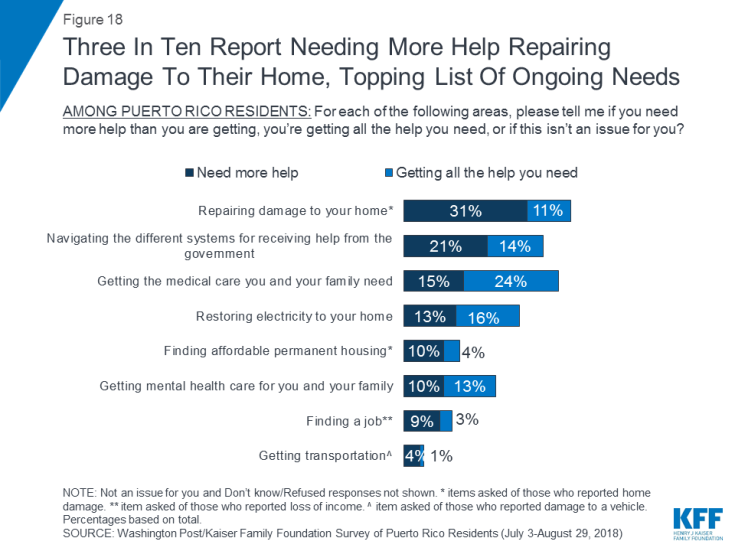 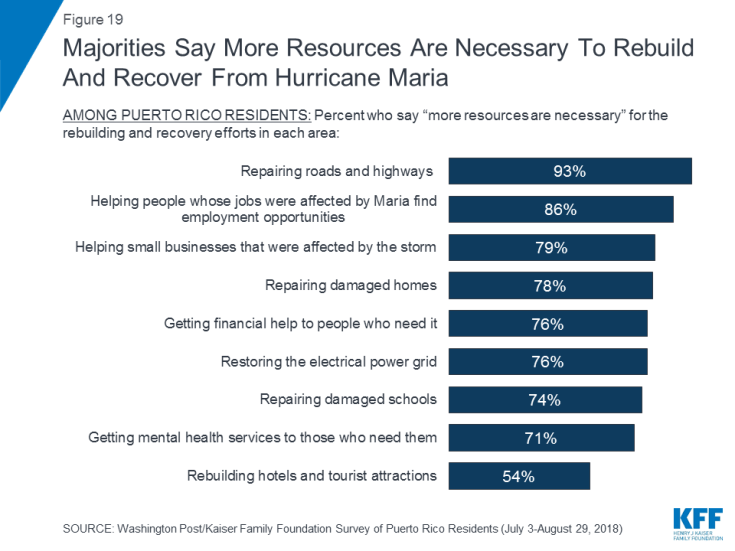 Views of Government’s Response and Priorities

Majorities of adults living in Puerto Rico have negative impressions of how all levels of government responded to the storm. The most negative response was for President Trump, with 80 percent rating his response to the hurricane as fair or poor, including 52 percent who say poor. The Puerto Rican government and Governor Rossellό have roughly seven in ten rating their response negatively, followed by six and ten giving a fair or poor rating to their municipal government and mayor (58 percent) and the federal government (58 percent) for the job each has done responding to Maria. 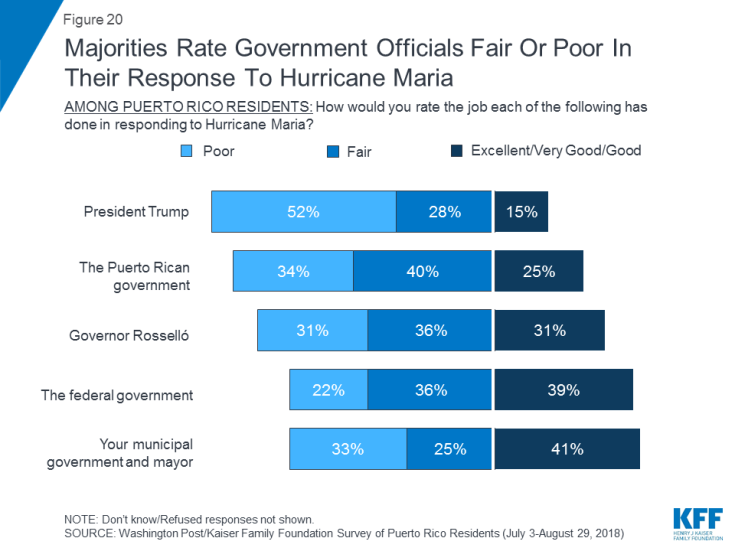 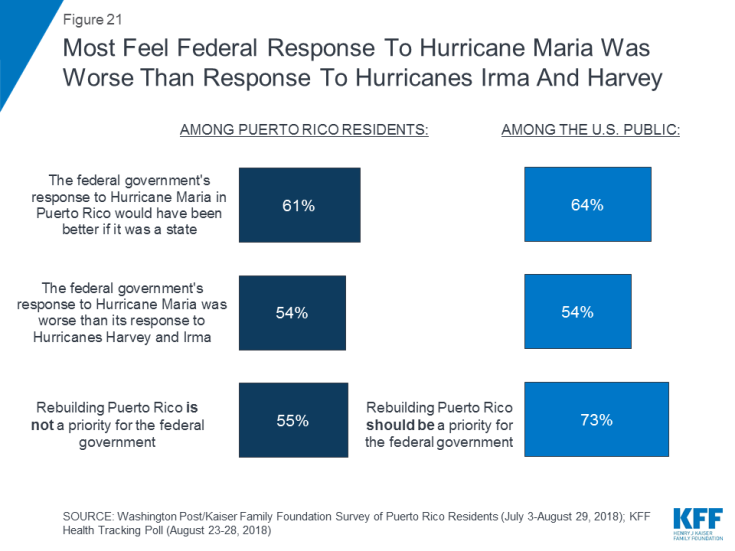 Looking Toward the Future

Puerto Rico has been experiencing outward migration for some time now and Hurricane Maria’s devastation has only exacerbated that movement or interest in leaving.4 Two-thirds of adults in Puerto Rico (68 percent) say that a close friend or family member moved away from the island because of Hurricane Maria. About a quarter (27 percent) say that they, themselves, are currently planning to move or are seriously considering moving away from Puerto Rico. Roughly half as many in New Orleans one year after Hurricane Katrina said they were seriously considering moving away (12 percent); however, this share rose over time to 28 percent in 2015, 10 years after Hurricane Katrina. 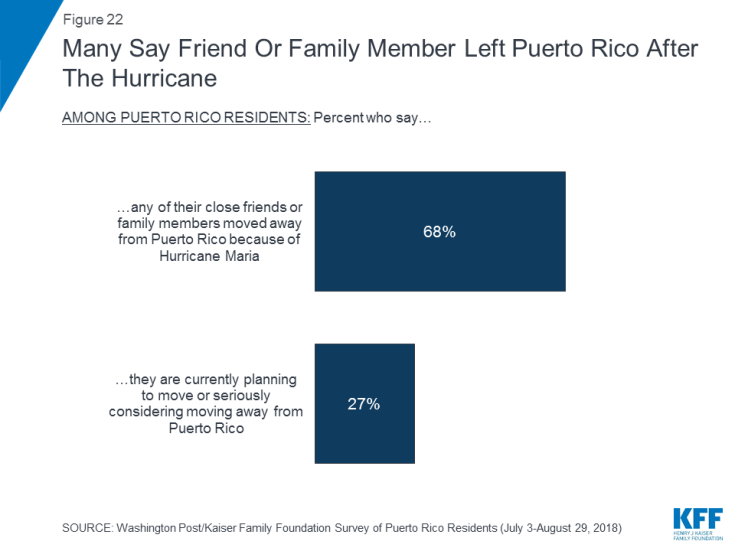 Figure 22: Many Say Friend Or Family Member Left Puerto Rico After The Hurricane

Perhaps contributing to this sense of pessimism for some are worries about the future in Puerto Rico. The vast majority express concern that another hurricane will hit the island and cause similar or worse damage (91 percent) or that they will lose electric power (88 percent). Many also report worrying about health services not being available when they need them (85 percent) and not having enough income to meet their needs (77 percent). In addition, about half report being worried about affording housing (55 percent), finding a good job (51 percent), or their kids getting a quality education (50 percent). 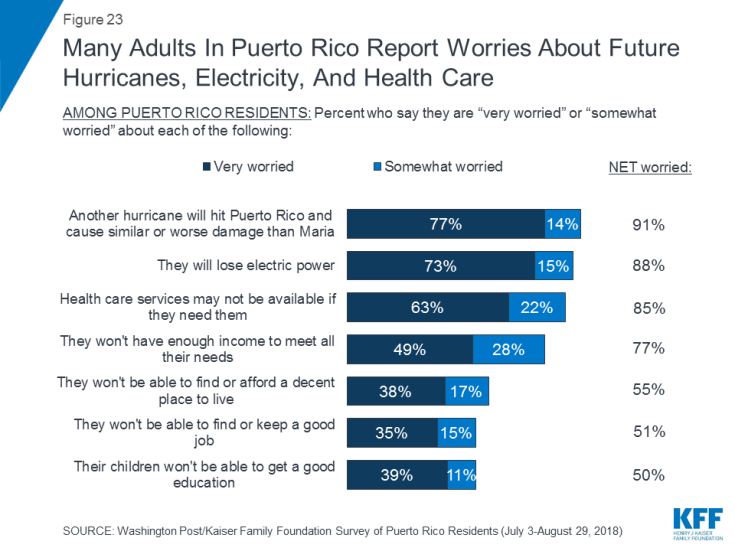 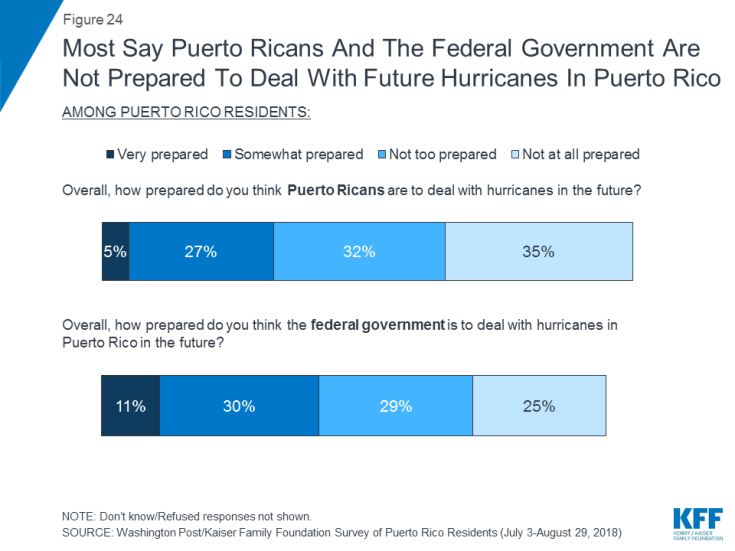 Figure 24: Most Say Puerto Ricans And The Federal Government Are Not Prepared To Deal With Future Hurricanes In Puerto Rico

Another category 4 hurricane, Hurricane Harvey, struck the Houston, Texas area on August 25, 2017, about a month before Hurricane Maria hit Puerto Rico, and caused major flooding and damage. The Kaiser Family Foundation in partnership with the Episcopal Health Foundation has conducted two surveys of adults living in 24 counties along the Texas coast that were particularly hard hit by Harvey. The first survey was conducted between two and three months after the storm and the second was conducted this summer prior to the one year anniversary. While the communities affected – as well as the storms and their impacts – differ in several ways, comparisons can be made to understand how people in each place are coping and rebuilding. 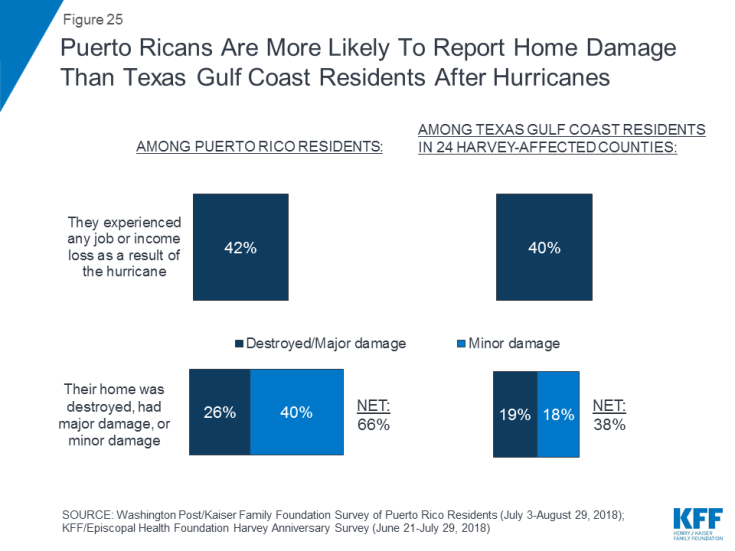 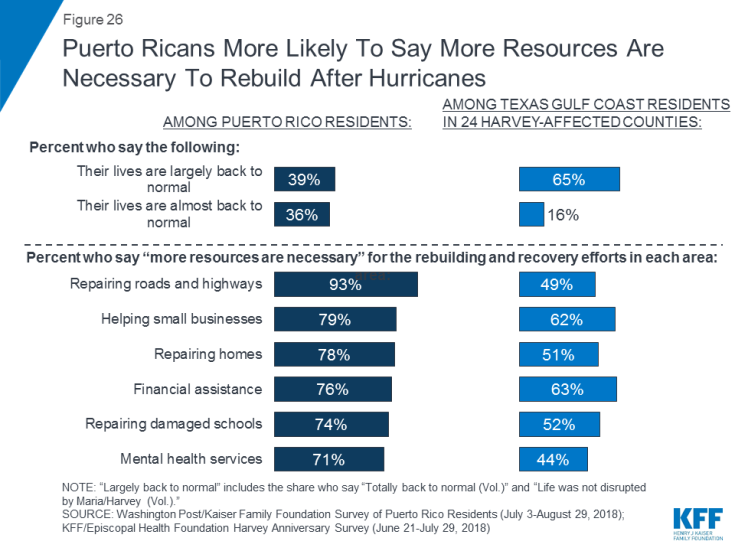