Hurricane Maria’s impacts ranged widely, from interrupting basic services such as electricity and water to damaging homes, and limiting individuals’ employment opportunities. While organizations such as the power company and local and federal governments have released data on the number of people without electricity or applying for assistance to repair their homes, this is the first comprehensive, island-wide representative survey to assess a broad array of the storm’s impacts and hear directly from the people of Puerto Rico about what they experienced and what the ongoing needs are.

Hurricane Maria’s impacts were pervasive. Over eight in ten (83 percent) say they were affected by the hurricane in at least one of the following ways: they were without grid power for four or more months (44 percent), they had employment losses (42 percent), their home was destroyed or majorly damaged (26 percent), their vehicle was damaged (21 percent), they drank water from a natural source (21 percent), they or a family member have a new or worsened health condition (23 percent), or have received mental health services as a result of the storm (9 percent). Those closest to the path of the hurricane are somewhat more likely to say they were impacted (89 percent) than those further from the eye of the storm, however, still 74 percent of those more than 20 miles from the storm’s path say they were impacted in at least one of these ways, indicating the storm’s widespread effects across the entire island. Each of these impact areas is explored more in the following sections. 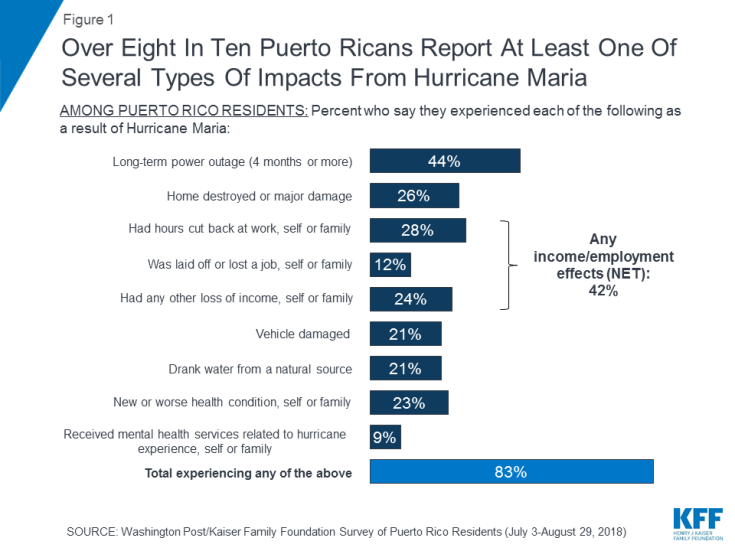 Figure 1: Over Eight In Ten Puerto Ricans Report At Least One Of Several Types Of Impacts From Hurricane Maria

Many Plagued by Long-Term Power Outages 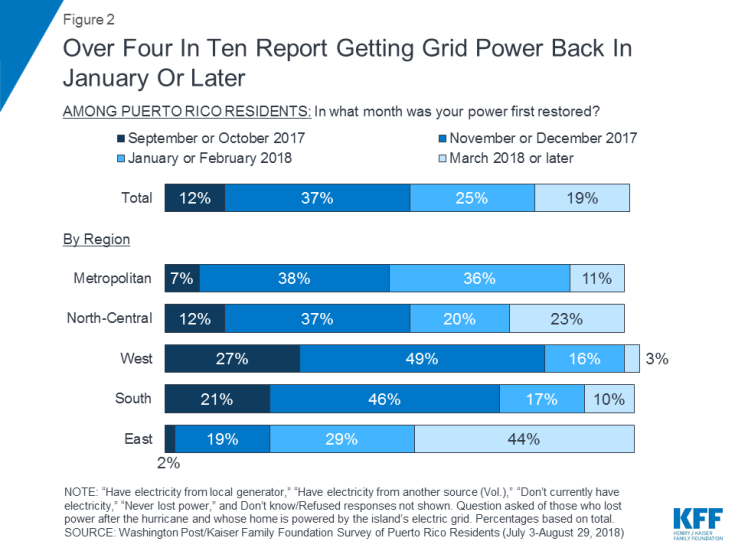 Figure 2: Over Four In Ten Report Getting Grid Power Back In January Or Later 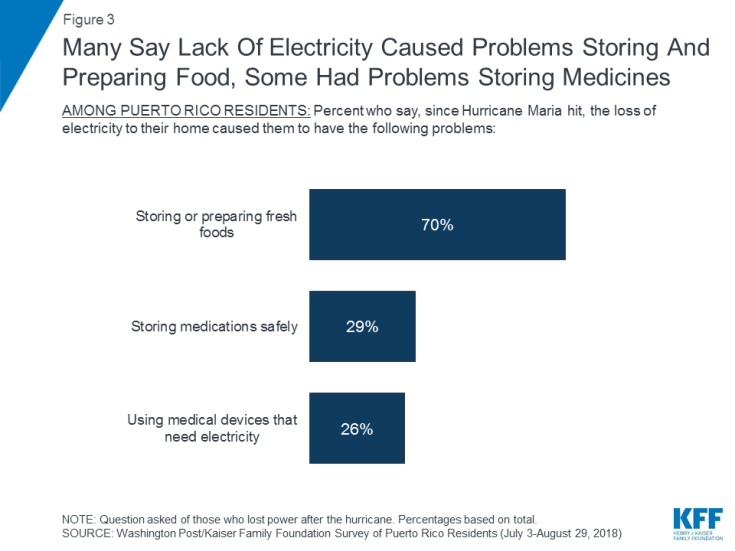 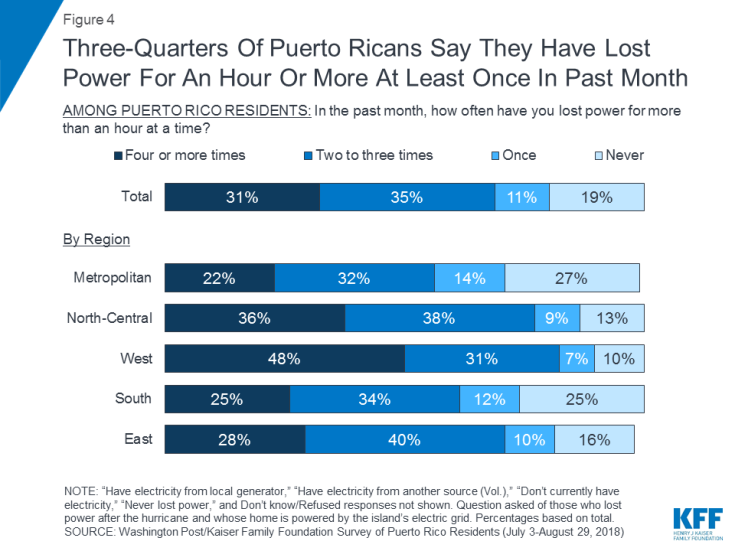 Figure 4: Three-Quarters Of Puerto Ricans Say They Have Lost Power For An Hour Or More At Least Once In Past Month

Lack Of Water Led Some To Drink From Rivers and Streams

Another area where people faced significant challenges after the hurricane was in accessing fresh water. Half of people living in Puerto Rico during Hurricane Maria said they or someone in their household had problems getting enough water to drink after the hurricane and 21 percent say they drank water from a natural source, such as a stream or river. Many report being very or somewhat worried about the quality of water in their home since the hurricane (53 percent). 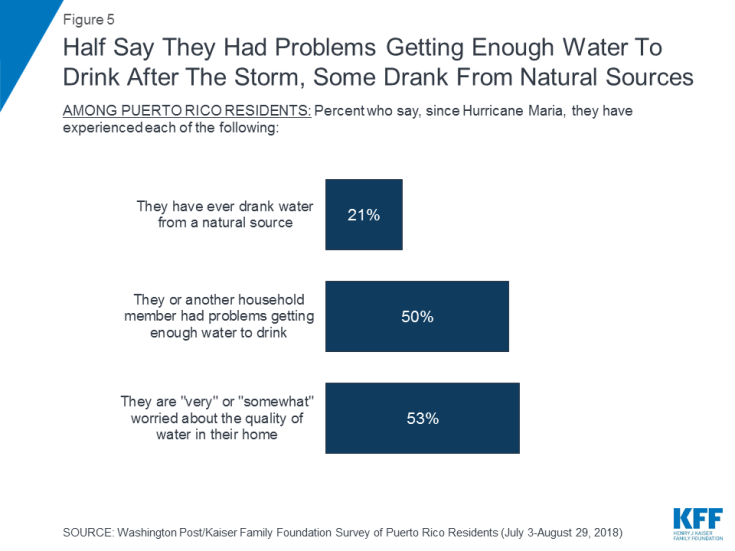 Figure 5: Half Say They Had Problems Getting Enough Water To Drink After The Storm, Some Drank From Natural Sources

Overall, two-thirds (66 percent) report their home was damaged as a result of the hurricane. About a quarter say that their home suffered major damage (23 percent) or was destroyed (3 percent), while 40 percent describe the damage to their home as minor. Most of those with home damage (74 percent) say they did not have homeowners’ or renters’ insurance at the time the hurricane hit, while 22 percent say they did. Reports of majorly damaged or destroyed homes are more common among those with incomes of less than $20,000 a year than those with higher incomes (30 percent vs. 21 percent).

A frequently reported image of home damage in Puerto Rico after the hurricane has been blue tarps covering roofs. Fifteen percent say they have used plastic sheeting or a tarp to cover their roof at some point since the hurricane, including more than a third (38 percent) of those who report their home was destroyed or majorly damaged. Nearly half of those who used a tarp or plastic sheeting to cover their roof say they are still using one (7 percent overall). The use of tarps was more common among those with incomes of less than $20,000, with about one-fifth saying they used a plastic tarp compared to about one in ten of those with higher incomes (19 percent vs. 8 percent). 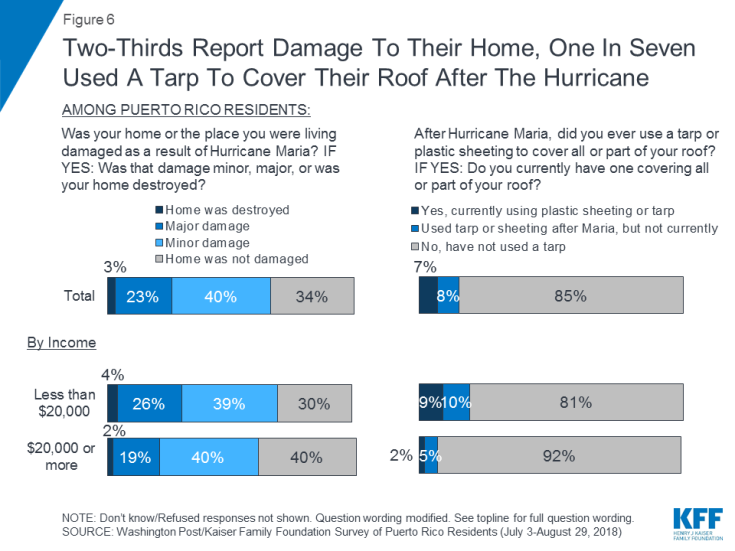 Figure 6: Two-Thirds Report Damage To Their Home, One In Seven Used A Tarp To Cover Their Roof After The Hurricane 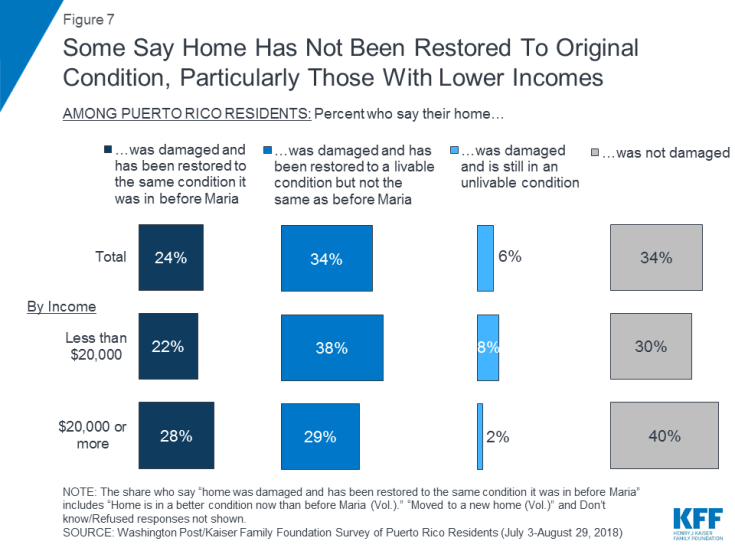 Figure 7: Some Say Home Has Not Been Restored To Original Condition, Particularly Those With Lower Incomes

The Federal Emergency Management Agency and Small Business Administration provide disaster assistance for some people after hurricanes. In Puerto Rico, 63 percent say they applied for assistance through either source, largely through FEMA (62 percent). For those applying for assistance through FEMA, more than a quarter of adults living in Puerto Rico say they applied and were denied (28 percent), while about as many say their application was approved (27 percent). A few others say they applied and that their application is still pending (4 percent) or they are not sure of its status (3 percent). Among those who were approved, most were satisfied with the assistance they received (71 percent) but others were not (28 percent). 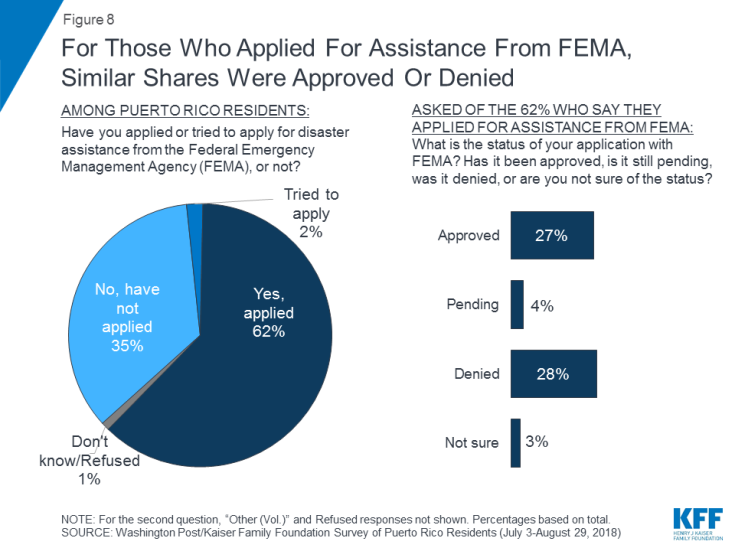 Figure 8: For Those Who Applied For Assistance From FEMA, Similar Shares Were Approved Or Denied

About a quarter of Puerto Rico residents still living on the island say they evacuated their home after the storm (27 percent) and most of them (88 percent of evacuees) went somewhere else in the territory. Because the survey was conducted face-to-face with current residents on the island, this estimate of the share who evacuated, by definition, does not include any residents who may have evacuated and not returned to Puerto Rico.2 Nearly half of the evacuees (13 percent of Puerto Ricans overall) say they were away from their home for at least a month, including 10 percent of evacuees (3 percent of Puerto Ricans overall) who say they haven’t returned home yet. 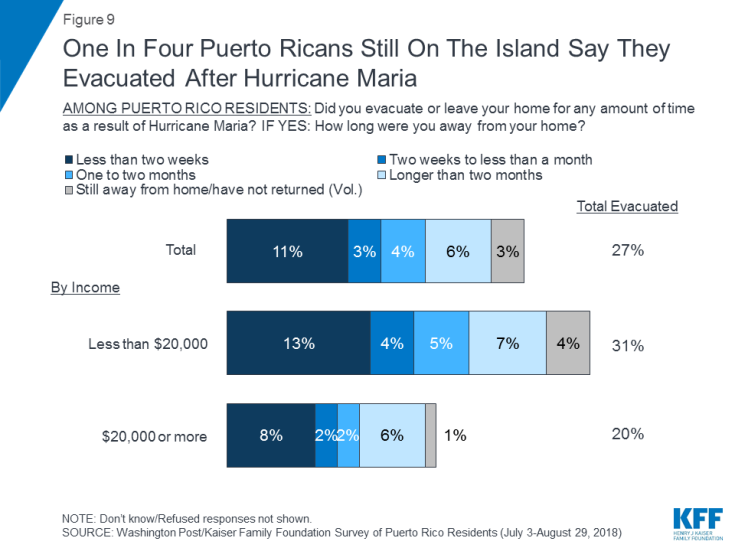 Figure 9: One In Four Puerto Ricans Still On The Island Say They Evacuated After Hurricane Maria

Financial Challenges Since the Hurricane

As noted above, about four in ten (42 percent) report employment losses, such as being laid off or losing a job (12 percent), having overtime or regular hours cut back at work (28 percent), or any other loss of income such as lost income from a small business or unpaid missed days of work (24 percent). Those making at least $20,000 a year are somewhat more likely to report having hours cut than those who are lower income (38 percent vs. 26 percent). 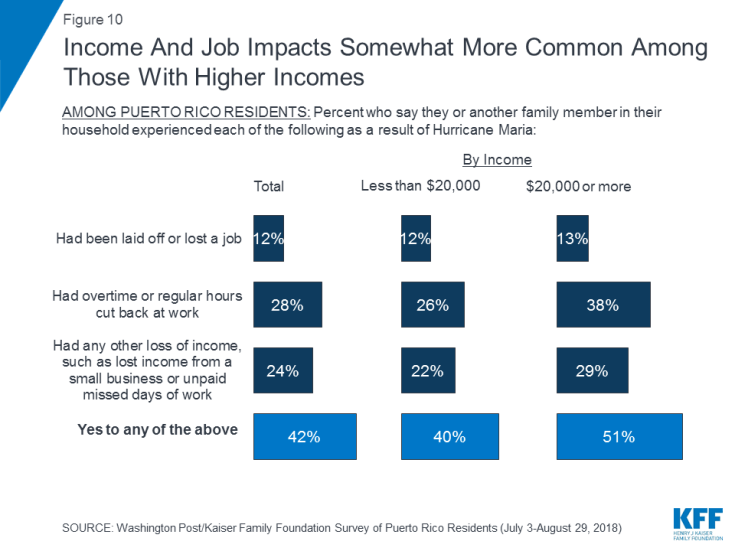 Figure 10: Income And Job Impacts Somewhat More Common Among Those With Higher Incomes

In addition to challenges with employment, nearly half (47 percent) report at least one of several types of financial challenges since Hurricane Maria, including having problems paying for food (26 percent), having to borrow money from friends or relatives in order to make ends meet (24 percent), having to take on an extra job or working extra hours to make ends meet (22 percent), or falling behind in paying their rent or mortgage (17 percent). 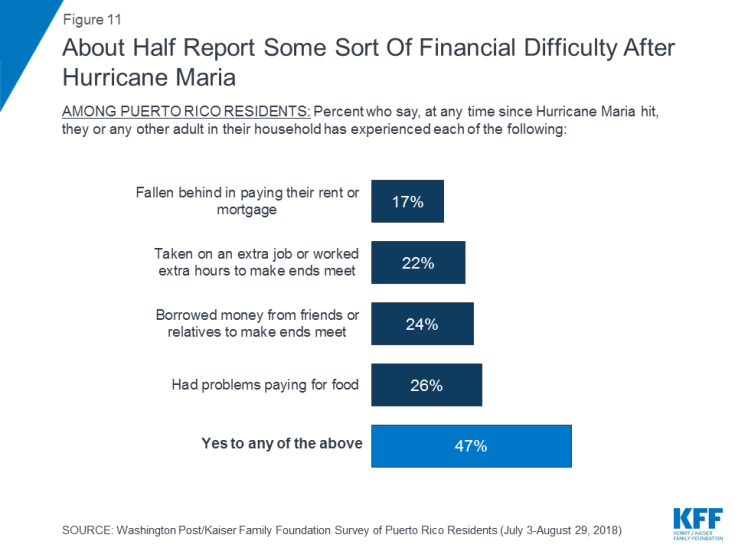 Figure 11: About Half Report Some Sort Of Financial Difficulty After Hurricane Maria

In addition to some saying their mental or physical health is worse after the storm, about a third (32 percent) report at least one of several issues related to getting medical care for themselves or a family member since the hurricane. One-fifth report that, as a result of the storm, they or a household member had trouble seeing a specialist (20 percent); others report problems getting needed care (16 percent), getting a prescription filled (15 percent), or that they had to go to a different doctor than they had before the storm (15 percent). One in ten (10 percent) say they had trouble getting emergency care for themselves or a family member. 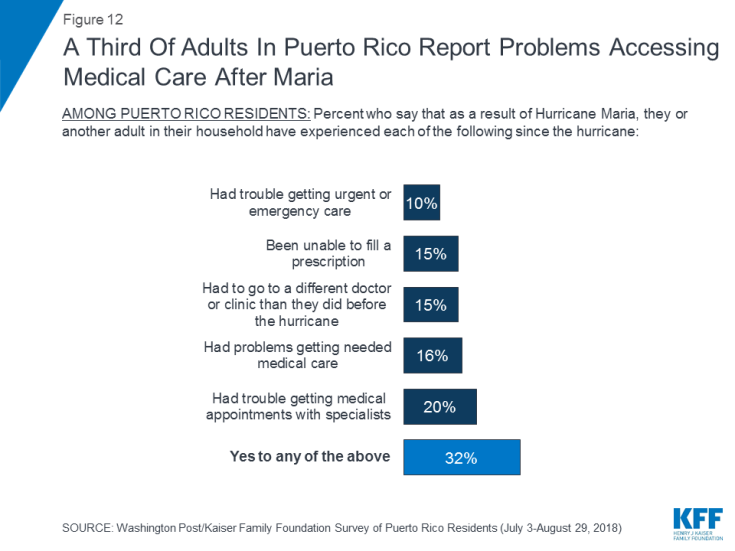 When asked more directly about how the storm affected health, nearly a quarter (23 percent) say that they or a household member has a new or worsened health condition as a result of the storm. Of those with a debilitating chronic condition or disability or a household member with one, 41 percent say a health condition is new or worse for themselves or a family member after the storm. The reported health impacts for this group are more pronounced and described in detail on page 17. 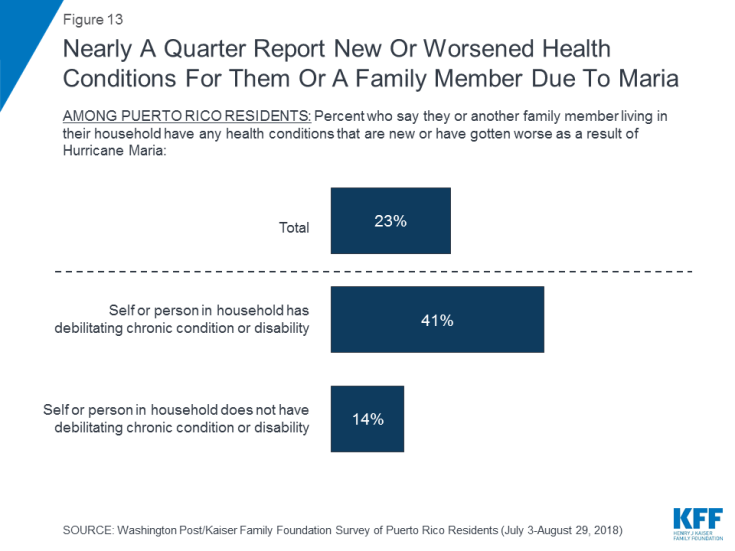 Figure 13: Nearly A Quarter Report New Or Worsened Health Conditions For Them Or A Family Member Due To Maria 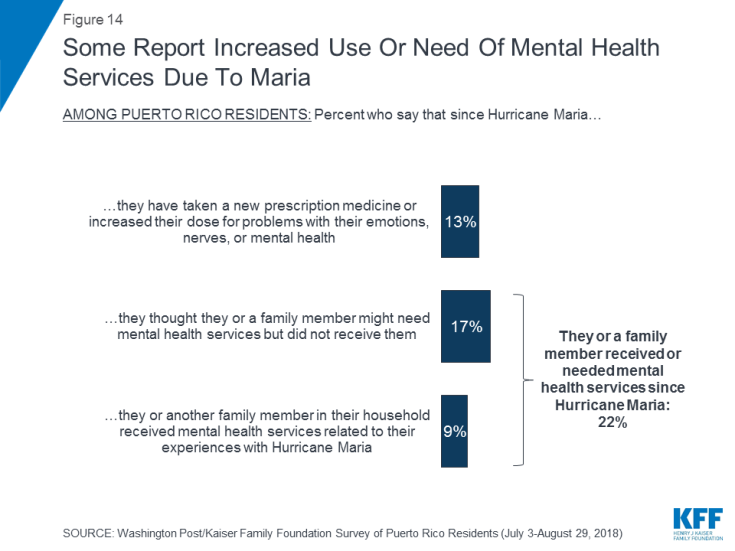 Figure 14: Some Report Increased Use Or Need Of Mental Health Services Due To Maria

The storm’s death toll has been a subject of controversy with varying estimates and reports.3 In order to get a general sense of how many people in Puerto Rico attribute a loved one’s death to the storm, the survey asked if anyone close to them died as a result of the storm. In response, about one in five (19 percent) say that someone close to them, such as a family member or close friend, died as a result of Hurricane Maria, either because they were injured during the storm or because they had trouble getting clean water, food, or medical care in the months after the storm. This broad measure of Puerto Ricans’ perception of the death toll is not meant to be an epidemiological estimate. It may include people whose loved one would have died soon after the storm regardless, or may double count individuals that multiple people knew given that the in-person interviews happened in localized areas, but it does suggest that some people across the island associate the hurricane with the death of a loved one.

Despite these various impacts, most adults in Puerto Rico say many aspects of their life are about the same as they were compared to before the hurricane hit. In many areas similar shares say better as say worse, such as their housing situation, job situation, physical and mental health, and overall quality of life. However, in other areas such as their personal financial situation and general level of stress, more say things are worse now than better. 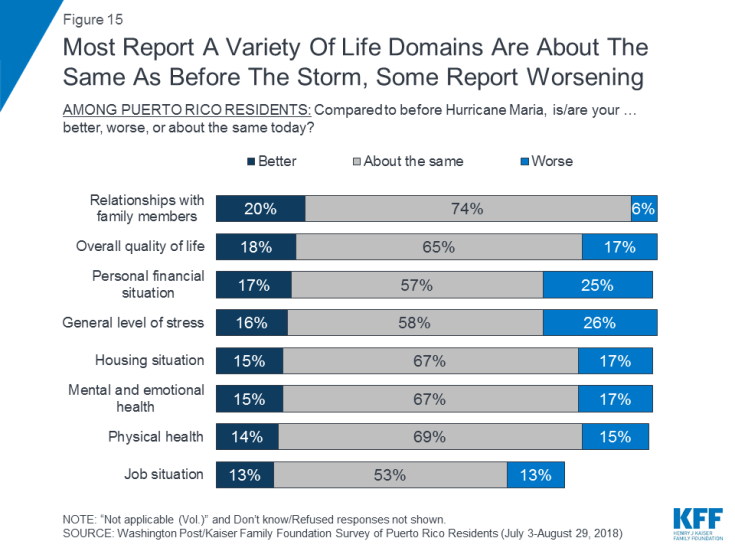 Figure 15: Most Report A Variety Of Life Domains Are About The Same As Before The Storm, Some Report Worsening 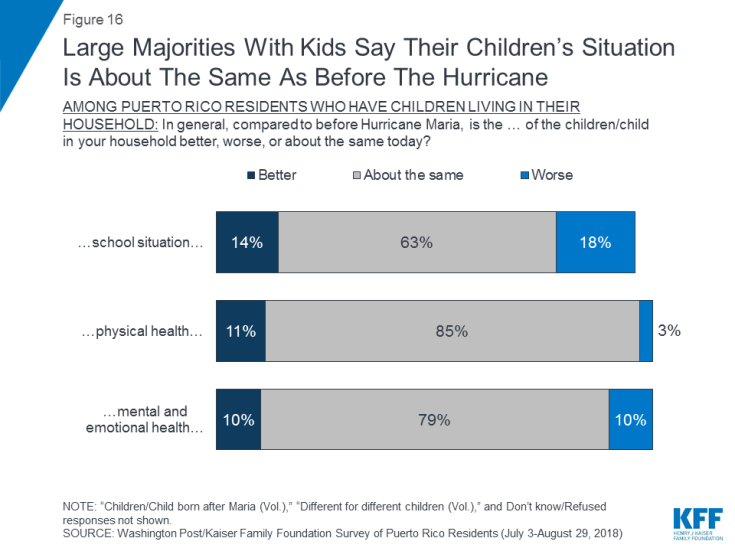 Figure 16: Large Majorities With Kids Say Their Children’s Situation Is About The Same As Before The Hurricane