Many firms, particularly larger firms, choose to pay for some or all of the health services of their workers directly from their own funds rather than by purchasing health insurance for them. This is called self funding. Both public and private employers use self funding to provide health benefits. Federal law (the Employee Retirement Income Security Act of 1974, or ERISA) exempts self-funded plans established by private employers (but not public employers) from most state insurance laws, including reserve requirements, mandated benefits, premium taxes, and many consumer protection regulations. Sixty-one percent of covered workers are in a self-funded health plan. Self-funding is common among larger firms because they can spread the risk of costly claims over a large number of workers and dependents.

Many firms with self-funded plans also use insurance, often called stoploss coverage, to limit their liability for very large claims or an unexpected level of expenses. Three-fifths of covered workers in fully or partially self-funded plans are in plans with stoploss insurance. 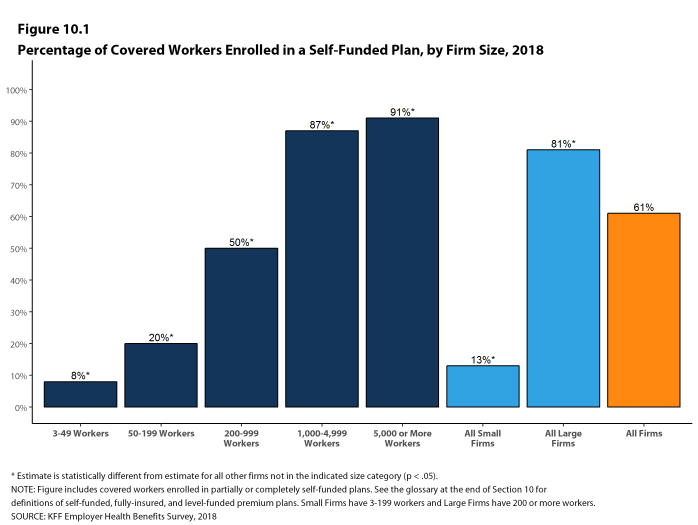 Figure 10.1: Percentage of Covered Workers Enrolled In a Self-Funded Plan, by Firm Size, 2018 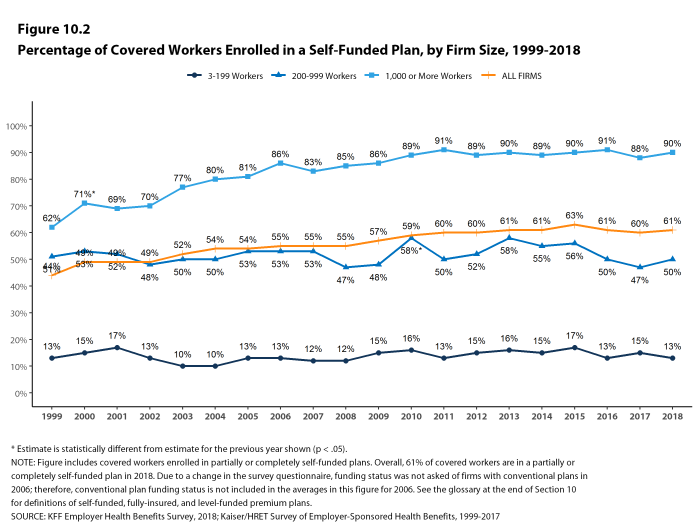 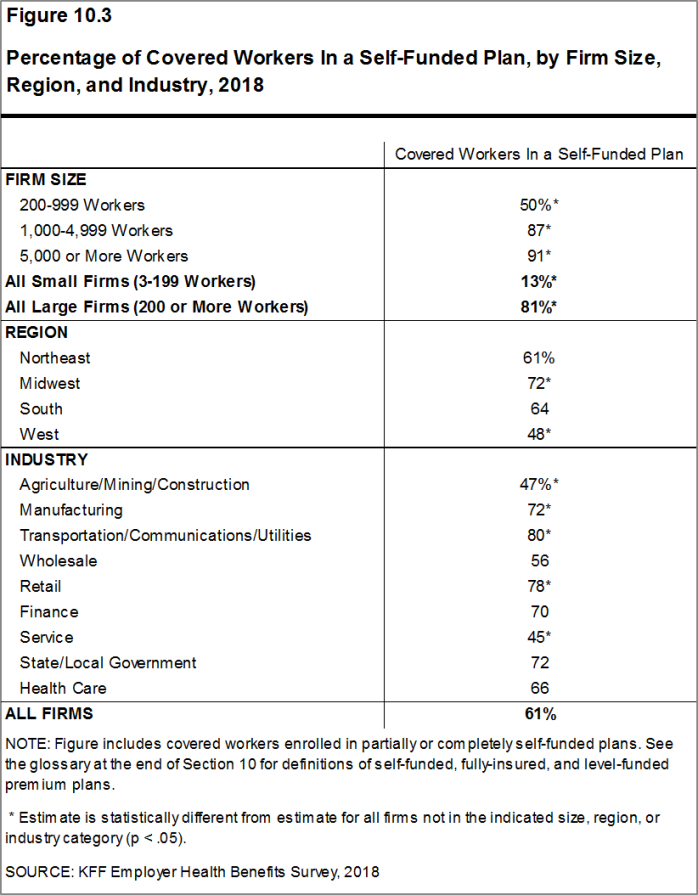 Figure 10.3: Percentage of Covered Workers In a Self-Funded Plan, by Firm Size, Region, and Industry, 2018 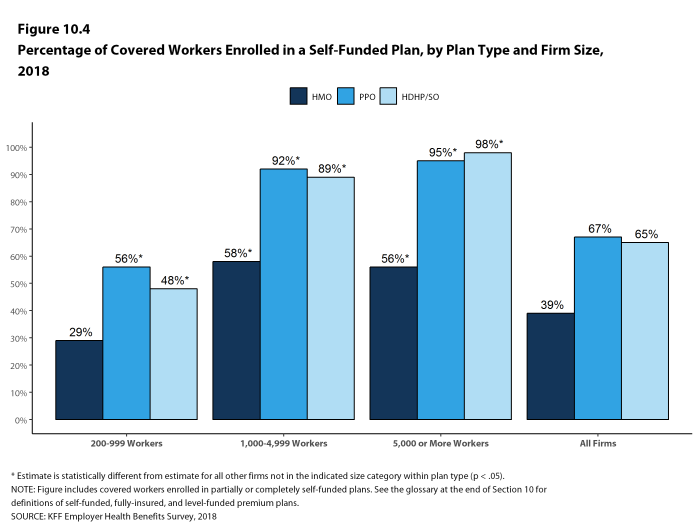 Figure 10.4: Percentage of Covered Workers Enrolled In a Self-Funded Plan, by Plan Type and Firm Size, 2018 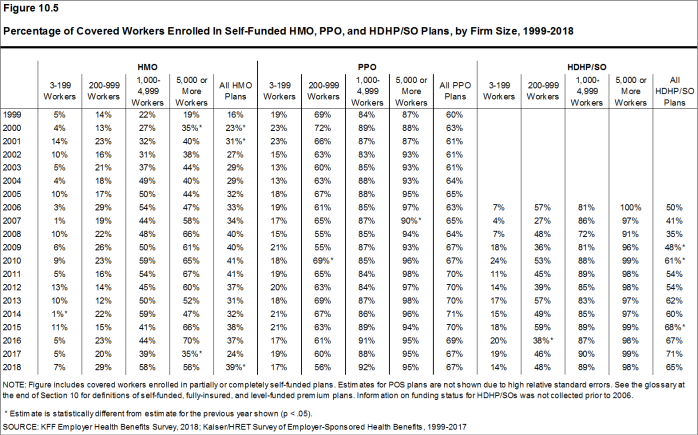 In the past few years, insurers have begun offering health plans that provide a nominally self-funded option for small or mid-sized employers that incorporates stoploss insurance with relatively low attachment points. Often, the insurer calculates an expected monthly expense for the employer, which includes a share of the estimated annual cost for benefits, premium for the stoploss protection, and an administrative fee. The employer pays this “level premium” amount, with the potential for some reconciliation between the employer and the insurer at the end of the year if claims differ significantly from the estimated amount. These policies are sold as self-funded plans, so they generally are not subject to state requirements for insured plans and, for those sold to employers with fewer than 50 employees, are not subject to the rating and benefit standards in the ACA for small firms.

Due to the complexity of the funding (and regulatory status) of these plans, and because employers often pay a monthly amount that resembles a premium, they may be confused as to whether or not their health plan is self-funded or insured. This year we asked employers with fewer than 200 workers that responded that they had an insured health plan whether it was a level-funded plan. 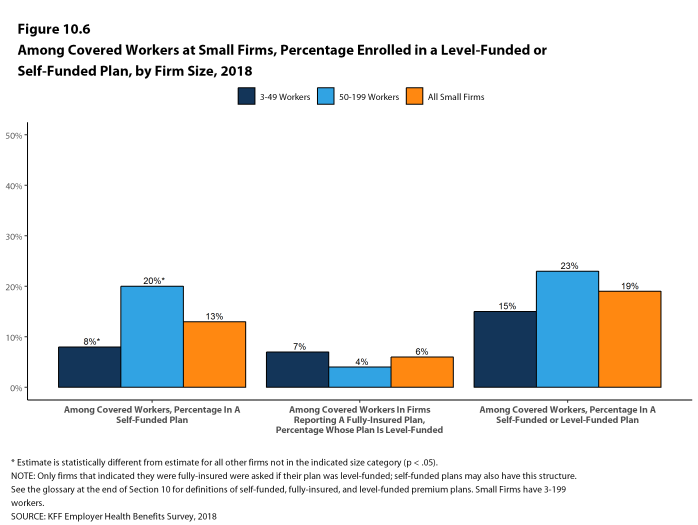 Figure 10.6: Among Covered Workers at Small Firms, Percentage Enrolled In a Level-Funded or Self-Funded Plan, by Firm Size, 2018 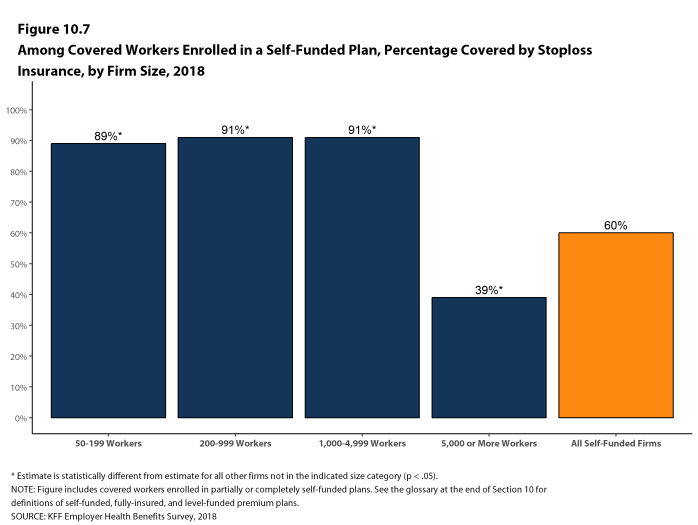 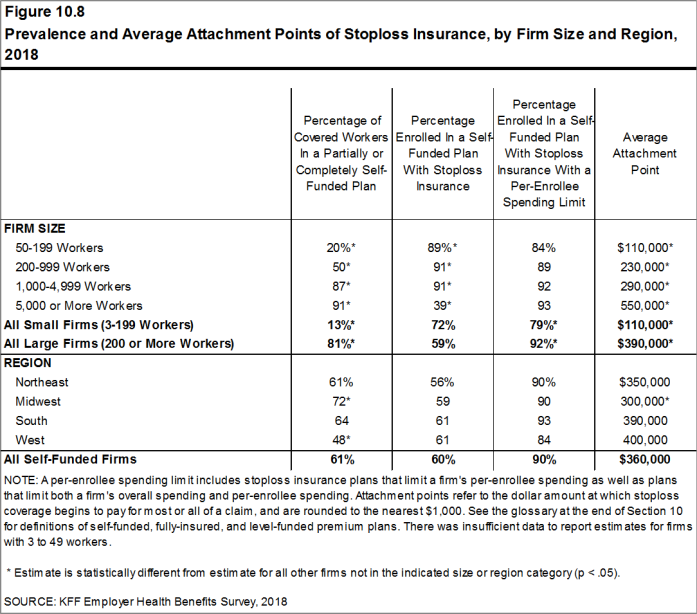 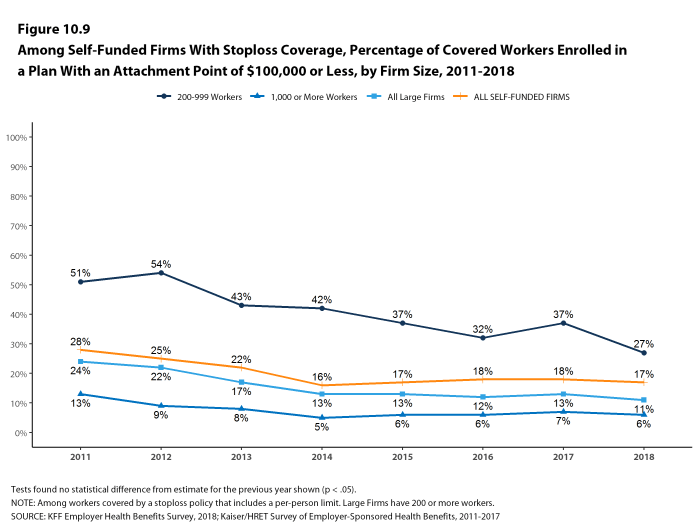 Figure 10.9: Among Self-Funded Firms With Stoploss Coverage, Percentage of Covered Workers Enrolled In a Plan With an Attachment Point of $100,000 or Less, by Firm Size, 2011-2018 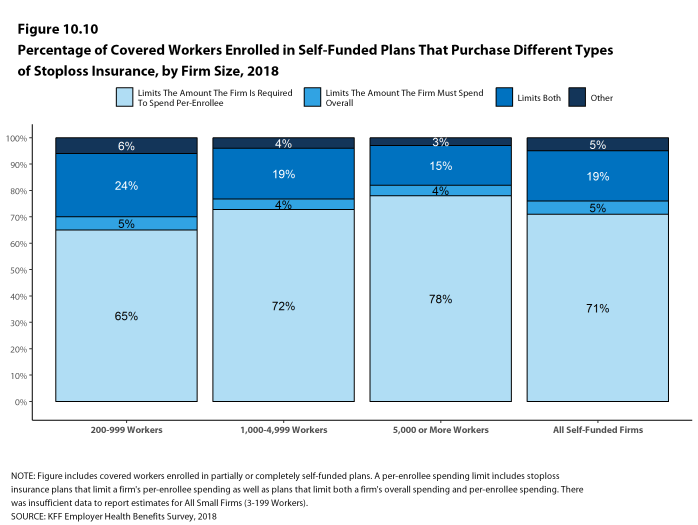 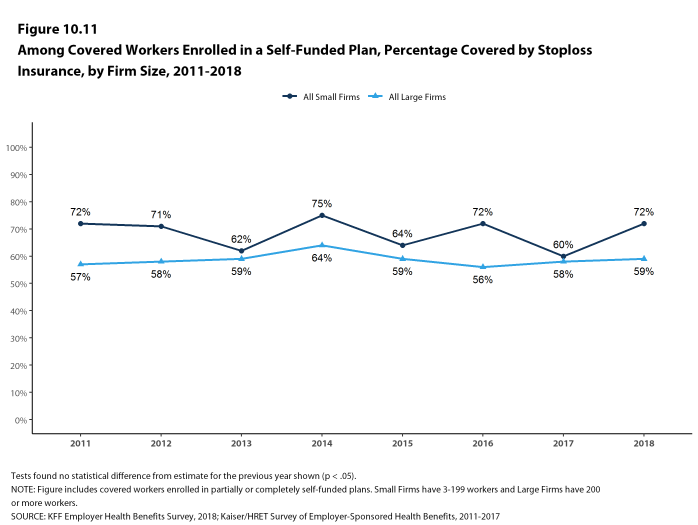