Firearms are now the number one cause of death for children in the United States, but rank no higher than fifth in 11 other large and wealthy countries, a new KFF analysis finds. 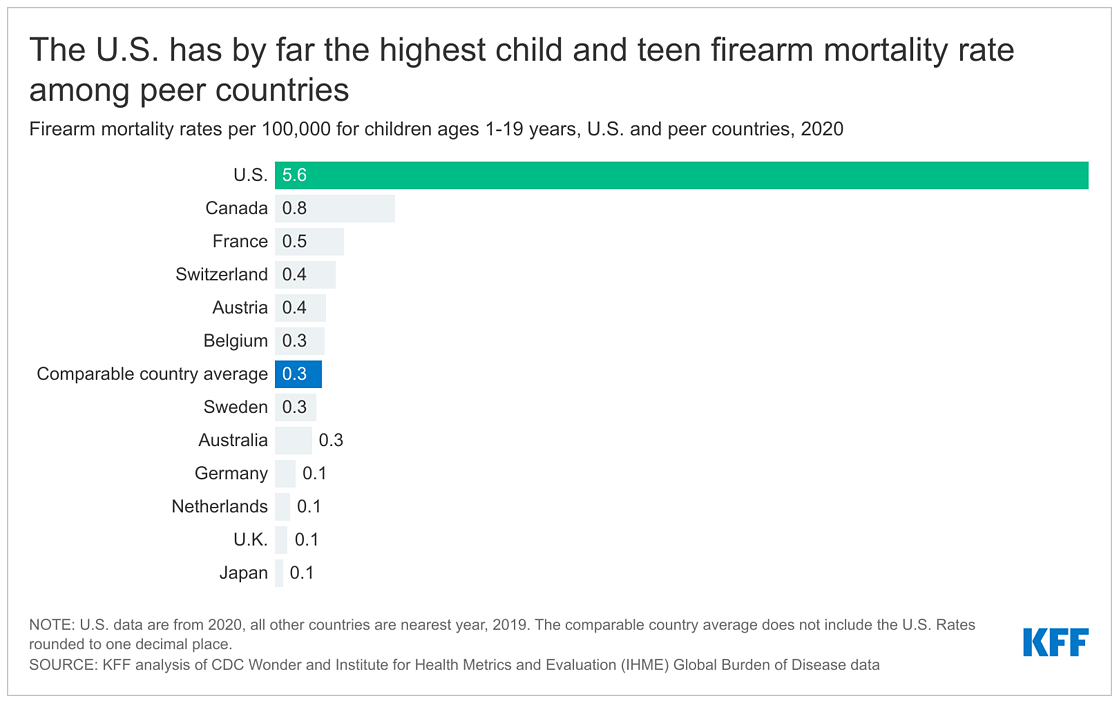 In each of the peer countries, guns kill fewer children than motor vehicles, cancer, congenital diseases, and other injuries, and often behind other conditions such as heart disease.