On July 24, 2020, President Trump signed four executive orders related to prescription drug costs. All four orders will require regulatory action by the Administration before they can be implemented. Three of the four executive orders were released publicly – one pertaining to prescription drug importation, one pertaining to Medicare Part D drug rebates, and one pertaining to the cost of insulin and injectable epinephrine in federally qualified health centers. The fourth executive order, referred to by the President as the “most favored nation” proposal, that uses international reference prices to lower drug costs in the U.S., was not released with the others. Instead, the President announced he would give pharmaceutical companies 30 days to come up with an alternative approach before that order would take effect.

Those 30 days have now passed, and the executive order has still not been released. According to press reports, the pharmaceutical industry has put together an alternative proposal, but it is not known whether the proposal has been presented to the White House, nor whether the President will accept the industry’s proposal and drop the “most favored nation” proposal. The President has continued to tweet and talk about this proposal, including at some length on the opening day of the Republican National Convention. According to the President’s statement at the signing ceremony, the executive order would ensure that the U.S. pays no more for pharmaceuticals than other countries.

While the content of this executive order has not been released to the public, a portion of the text that was captured by a photographer during the President’s signing ceremony indicates that it may be similar to a proposal announced by the Administration in October of 2018 in an advance notice of proposed rulemaking (ANPRM). Under the 2018 proposal, Medicare would test a model that uses lower drug prices from several foreign countries to set payments for drugs that are covered under Medicare Part B, with the aim of paying 126% of what other countries pay, down from 180% currently. Medicare Part B covers a limited set of prescription drugs that are administered in outpatient settings, such as physician offices and hospital outpatient departments, mainly high-cost drugs used to treat serious illnesses such as cancer or rheumatoid arthritis. As proposed, the model would have no direct impact on the price of drugs covered under Medicare Part D or private insurance.

If the new executive order is similar to the 2018 proposal, and applies only to Medicare Part B drug spending, it would apply to just 7% of total national spending on prescription drugs, according to our analysis (Figure 1). 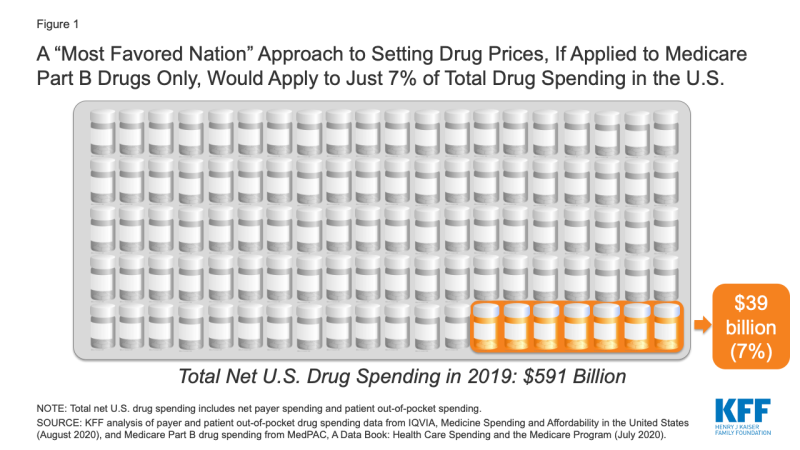 Figure 1: A “Most Favored Nation” Approach to Setting Drug Prices, If Applied to Medicare Part B Drugs Only, Would Apply to Just 7% of Total Drug Spending in the U.S.

If a “most favored nation” approach was limited to setting prices for prescription drugs covered by Medicare Part B only, it could lower drug costs for approximately 4 million Medicare beneficiaries, based on the number of people who used Part B drugs in 2018 (just 7% of all 60 million beneficiaries covered by Medicare). However, it would have no direct impact on the lion’s share of drug spending under Medicare for prescriptions filled by the 45 million beneficiaries covered under Medicare Part D, nor would it lower drug costs for the 157 million people with employer coverage or for millions more with other insurance coverage or no coverage whatsoever.