A new KFF analysis finds that more people contacted the new 988 number for the national suicide prevention and crisis hotline following its launch in July, that callers waited less time on hold, and that callers connected with crisis counselors at higher rates than before the 988 number came online through a combination of calls, chats and texts.

The easy-to-remember three-digit number steers callers who are suicidal or experiencing a behavioral health crisis to the recently renamed 988 Suicide & Crisis Lifeline, where they can be connected to a local Lifeline counselor and may receive crisis counseling, resources, and referrals.

Before 988, the Lifeline crisis hotline–established in 2005–was typically accessed through a 10-digit number, which was difficult for callers experiencing a mental health crisis to recall. The new phone number was expected to increase outreach, but there was concern that the Lifeline service might not be able to accommodate the increased demand, potentially resulting in higher rates of unanswered calls.

Early federal data show that combined call, text, and chat volume to Lifeline increased substantially after the 988 number went live. The combined number of calls, texts, and chats rose by more than 112,000 in August 2022 compared to a year earlier (a 45% increase); however, the overall answer rate actually improved, rising from 67 percent to 88 percent over the same time frame. People who reached out to 988 spent less time waiting on hold for a counselor, with the average wait time for all methods (combined) decreasing from 2 minutes and 30 seconds in August 2021 to 42 seconds in August 2022. 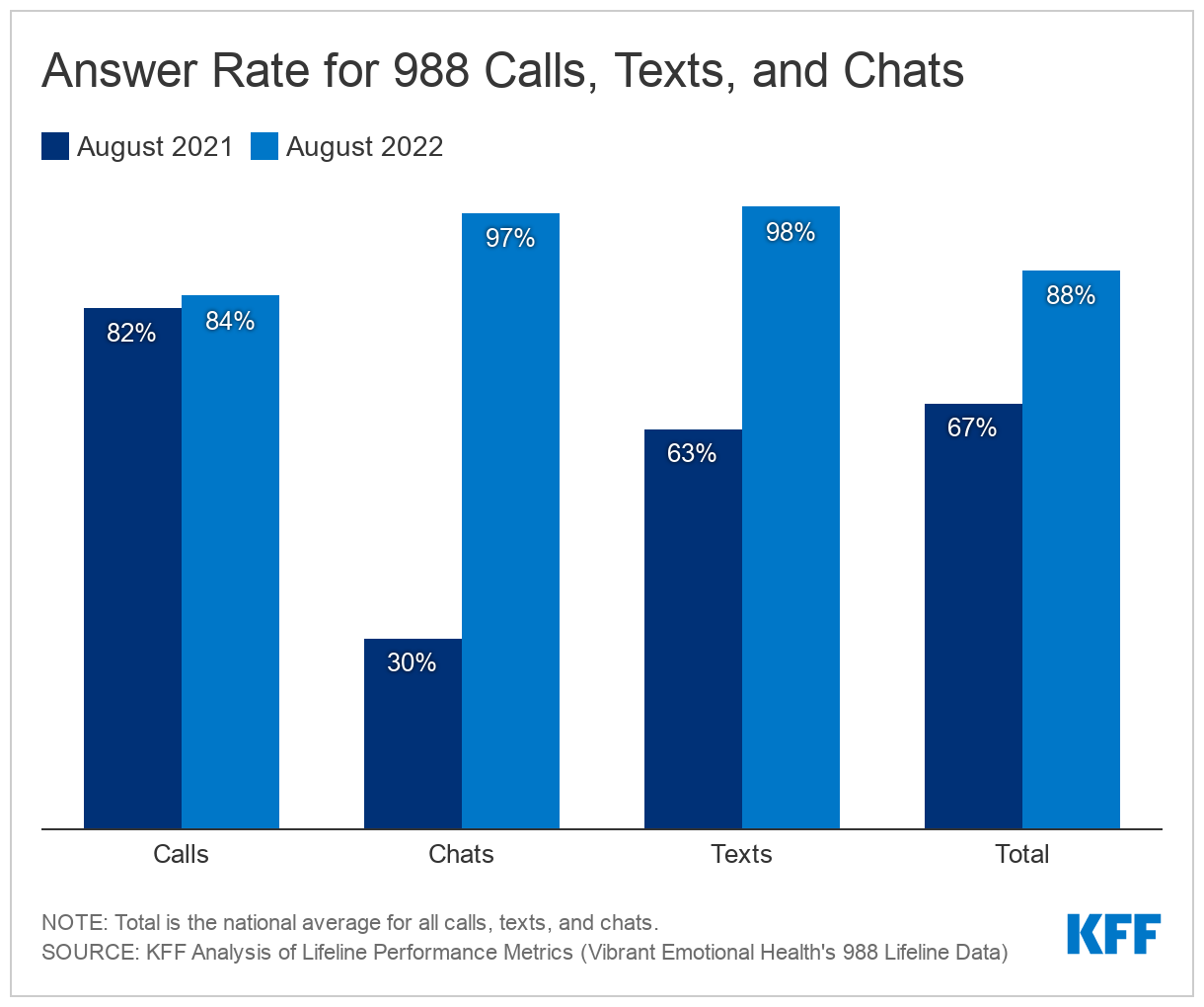 Lifeline’s 988 calling code became nationally available on July 16, 2022. Despite some early reports of public hesitancy, a recent KFF/CNN poll finds that among those that knew about 988, 85 percent say they would be at least somewhat likely to call the hotline if they or a loved one were experiencing a mental health crisis. However, less than half of people know about 988. Nearly half a million lives (480,622) were lost to suicide between 2010 to 2020 and an additional 47,646 lives were lost in 2021, reflecting a recent rise in suicide rates.