Insurer participation varies greatly within states, and rural areas tend to have fewer insurers than do metropolitan areas. The analysis has data on the number of insurers by state and county from 2014 to 2019, including interactive maps highlighting changes at the county level. 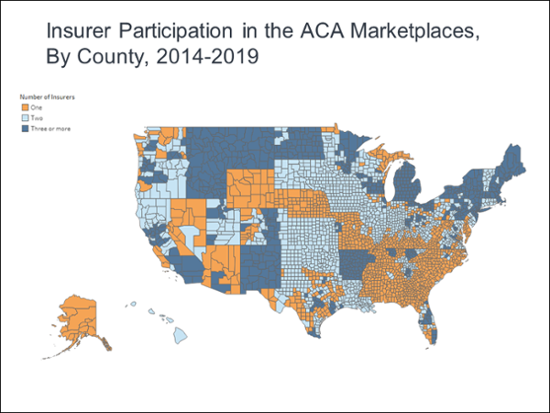