The new KFF Women’s Health Survey, a nationally representative survey of women and men, finds that a majority of women (56%) and 40% of men believe passing a law that prevents people who have committed domestic violence from having a gun should be a top policy priority for the new Congress and administration among a list of potential women’s health policy priorities. 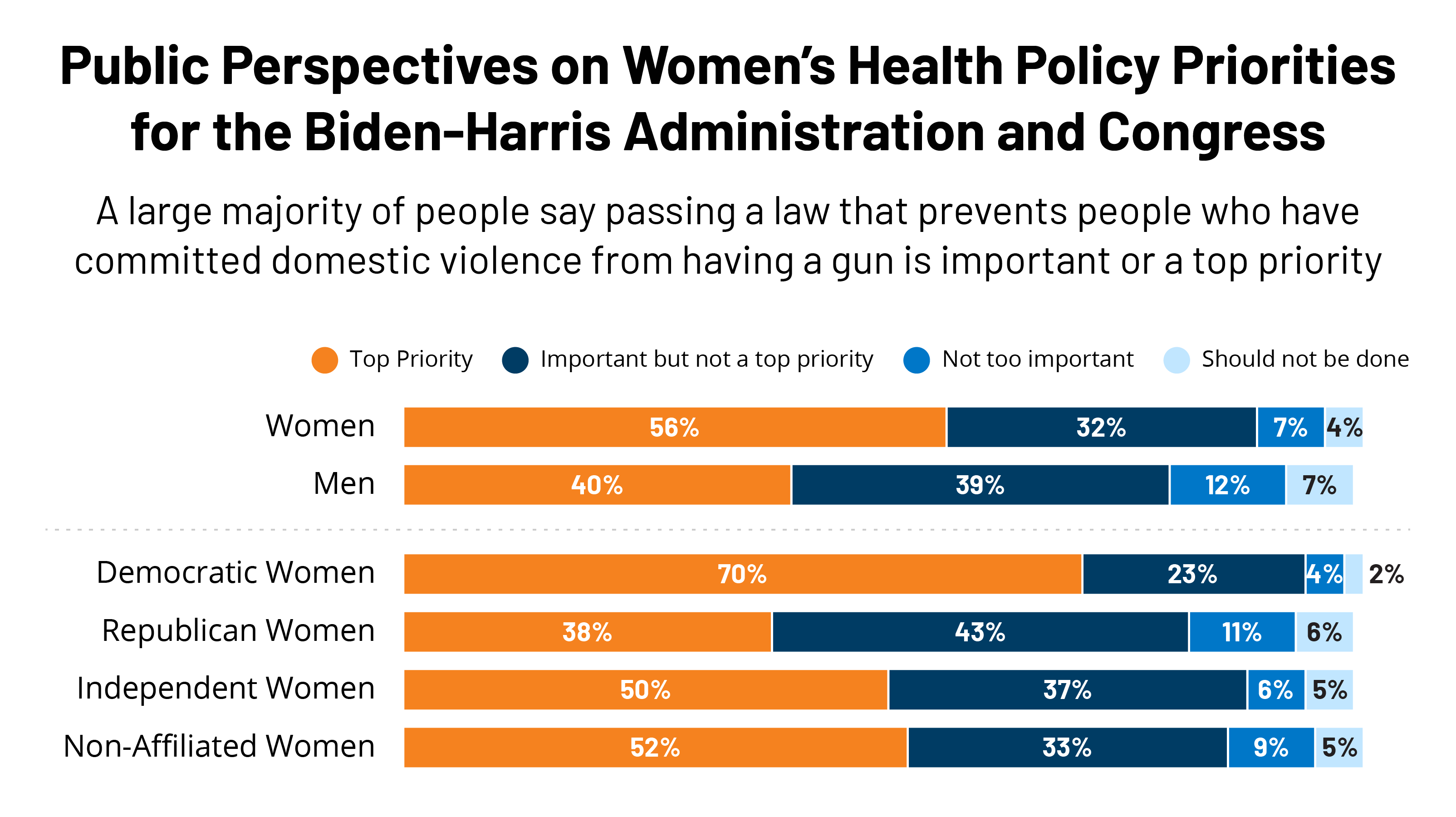 Creating policies that ensure people are not discriminated against because of their gender identity or sexual orientation also ranked high as a priority with nearly half of women (48%) and more than one-third of men (36%) say this issue is a top priority. (On President Biden’s first day in office, he signed an executive order to prevent discrimination based on gender identity or sexual orientation.)

On January 28th, President Biden signed a memorandum directing the Department of Health and Human Services to review the Trump administration rule that led to a decline in participating clinics and patients served under the Title X federal family planning program. Four in ten women (41%) and one in four men (23%) say providing more public funding to support access to family planning services and birth control is a top priority.

A majority of Black women (61%) say requiring states to allow women enrolled in public programs like Medicaid to keep their health coverage for a full year after childbirth should be a top priority for federal lawmakers, making it the highest priority issue for Black women.

For additional findings read the full brief, Public Perspectives on Women’s Health Policy Priorities for the Biden-Harris Administration and Congress. More results from the KFF Women’s Health Survey will be released in the coming weeks.

Methodology
KFF has conducted the KFF Women’s Health Survey approximately every four years since 2001 to provide a look into the range of women’s health care experiences, especially those that are not typically addressed by most surveys. KFF’s latest Women’s Health Survey surveyed 3,661 women and 1,144 men ages 18-64 between November 19 and December 17, 2020.