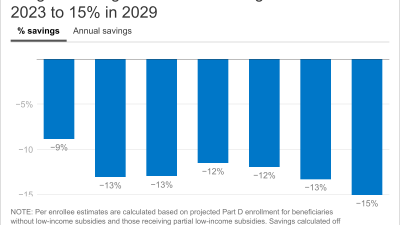 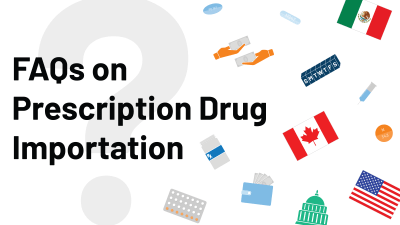 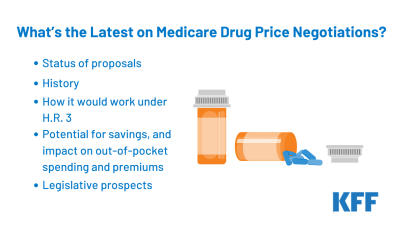 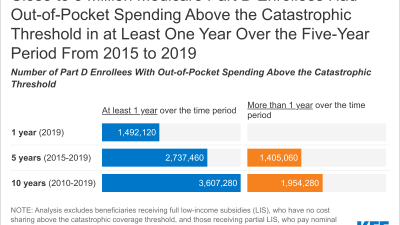 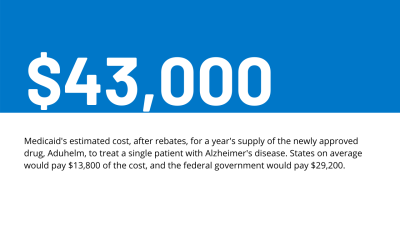 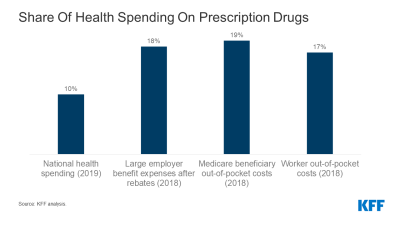 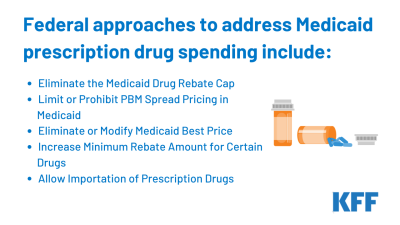 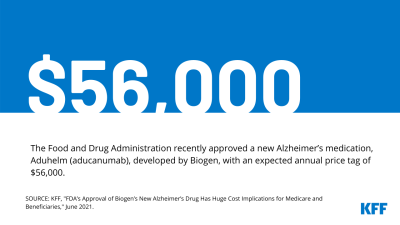 The question of what would happen when a new, expensive prescription drug comes to market for a disease like Alzheimer’s that afflicts millions of people has loomed large in discussions over drug prices in the U.S. This brief analyzes the cost implications for Medicare and beneficiaries associated with Biogen’s new FDA-approved Alzheimer’s drug, which will cost $56,000 per year. 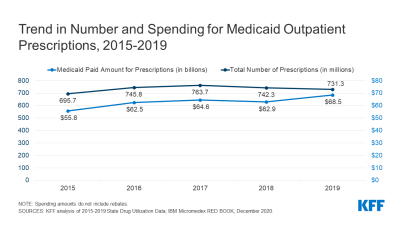 Prescription drug spending in Medicaid and other health programs has returned to the national policy debate. This analysis examines Medicaid outpatient prescription drug utilization and spending before rebates over the 2015 to 2019 period, which is helpful for understanding recent cost drivers and areas for targeted policy action.