28% of Public Report Asking Doctor about a Drug They Saw Advertised, and 12% Say Their Doctor Prescribed It Few Workers Expect Raises if Employers Reduce Health Benefits to Avoid Cadillac Tax as Many Economists Predict With some presidential candidates laying out details of their health care platforms, the cost… 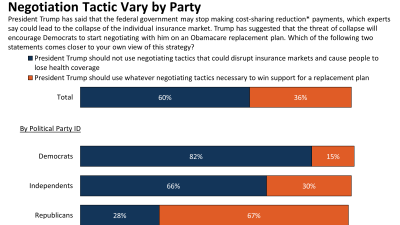