How Will the Uninsured in New Mexico Fare Under the Affordable Care Act? 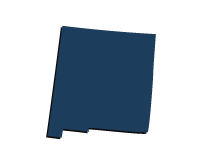 Final update made on October 25, 2013 (no further updates will be made) Establishing the Marketplace On March 28, 2013, Governor Susana Martinez (R) signed legislation creating the New Mexico Health Insurance Exchange (NMHIX). Governor Martinez had vetoed previous legislation that would have established a Marketplacein 2011; however, the state…