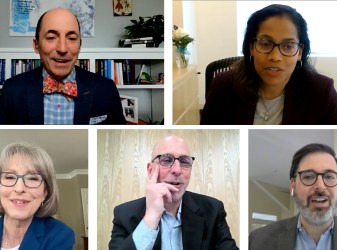 ﻿ Increased social isolation, stress, and unemployment as a result of the COVID-19 pandemic have contributed to a rise in mental health issues and substance use disorders (SUD) in the U.S. The impact of the pandemic has been particularly concerning for kids, as KFF’s most recent COVID Vaccine Monitor reported… 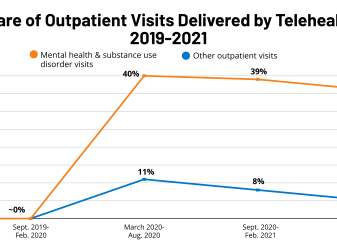 This analysis from KFF and Epic Research finds that telehealth visits for outpatient mental health and substance use services went from virtually zero percent in 2019 prior to the COVID-19 pandemic to a peak of 40% in mid-2020 – and continued to account for more than a third of such visits in the six months ending in August 2021.