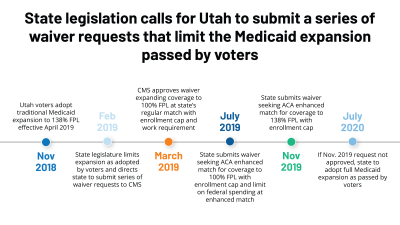 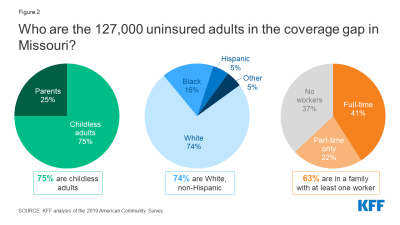 On June 23, 2021, a circuit court decision in Missouri put the state’s expansion of Medicaid under the Affordable Care Act (ACA) in limbo. This decision, if upheld, has implications for coverage in the state as well as the availability of federal financing to cover the cost.

A new KFF analysis examines key characteristics of children with special health care needs, the affordability and adequacy of their health coverage, and the implications for such children of potential new federal Medicaid money to assist families in caring for them. Medicaid is a significant source of coverage for medical,… 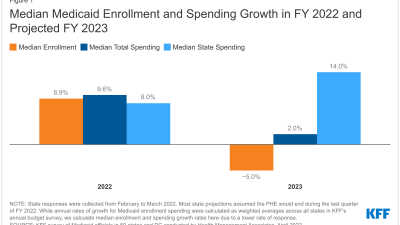 Medicaid Spending and Enrollment: Updated for FY 2022 and Looking Ahead to FY 2023

In February 2022, the Kaiser Family Foundation (KFF) and Health Management Associates (HMA) fielded a rapid, mini-survey of Medicaid directors in all 50 states and the District of Columbia as a follow-up to the annual Medicaid Budget Survey conducted in summer 2021. This brief explores Medicaid enrollment and spending growth estimates for FY 2022 and projections for FY 2023, as reported by state Medicaid directors. 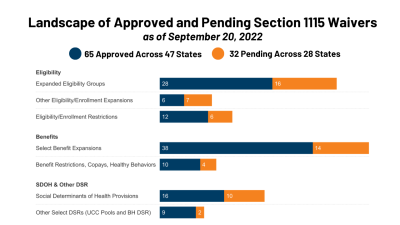 The Impact of the “Medigrant” Plan on the Federal Payments to States The analysis examines the conference agreement plan for the redistribution of federal funds under a block grant for the Medicaid program. It also discusses the implications of the reductions in federal spending for beneficiary coverage. Report: The…