This issue brief provides context for ongoing policy discussions by describing key characteristics of children with special health care needs, comparing insurance affordability and access to key benefits among those covered by Medicaid/CHIP and those with private insurance, and considering the implications of additional Medicaid HCBS funding for children with special health care needs. 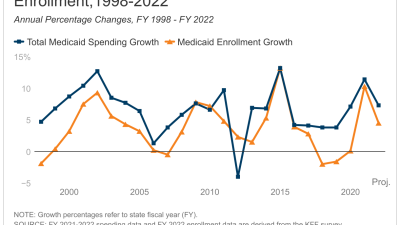 This issue brief provides an overview of Medicaid spending and enrollment growth with a focus on state fiscal years 2021 and 2022. Findings are based on data provided by state Medicaid directors as part of the 21st annual survey of Medicaid directors in states and the District of Columbia conducted by KFF and Health Management Associates (HMA). Findings examine changes in overall enrollment and spending growth. 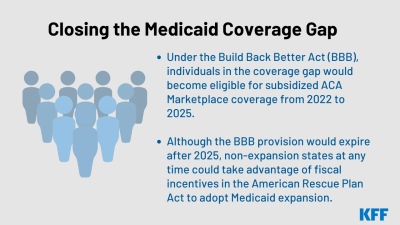