This data note examines changes in the individual insurance market under the Affordable Care Act. Through analysis of filings by insurers to state insurance departments, the Kaiser Family Foundation estimates that the number of people enrolled in the individual insurance market grew 40 percent from the end-of-year 2013 to the end-of-year 2014 and has likely continued growing in 2015 as well.

A new analysis from the Kaiser Family Foundation finds that the nation’s individual insurance market grew 46 percent to 15.5 million people in the first year plans could be purchased through the Affordable Care Act’s marketplaces, which offer premium assistance to low- and moderate-income people. Four states — California, Florida,…

Navigating the Health Insurance Landscape: What’s next for Navigators, In-person Assisters and Brokers?

On August 5, 2014, the Kaiser Family Foundation and the Alliance for Health Reform hosted a briefing to discuss navigator and other in-person assistance programs under Patient Protection and Affordable Care Act (ACA) implementation. 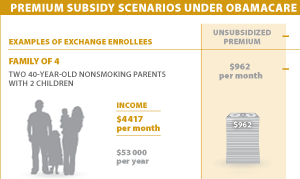