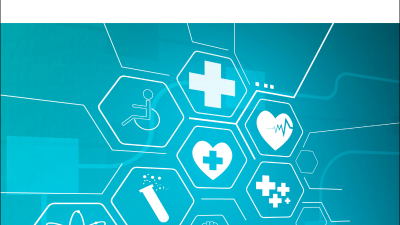 Rhode Island’s Chronic Care Sustainability Initiative (CSI) is a multi-payer patient-centered medical home program in which the one Medicaid health plan and all commercial health plans in the state participate. Hallmarks of the initiative are engaged leadership, mandatory participation but participatory governance, a common contract used by all payers, and investments in health information technology and other support for practice transformation.

What’s in There? The New Health Reform Law and Medicare

As part of an ongoing series to explore what is in the Patient Protection and Affordable Care Act and the Health Care and Education Reconciliation Act of 2010, this May 7 briefing sponsored by the Alliance for Health Reform and the Kaiser Family Foundation examines how the reform law affects…

03/05/10 Engaging consumers more directly in their care may improve health outcomes and help control the costs of care. This briefing, cosponsored by the Alliance for Health Reform and the AARP Public Policy Institute, focused on the potential for changing consumer behavior to promote the use of effective interventions and…

Health Care Costs: The Role of Technology and Chronic Conditions

The Alliance for Health Reform and co-sponsors presented the second event in a three-part series of discussions on costs, the factors driving them up, and what (if anything) can be done about them. This briefing takes an in-depth look at two of the most often cited cost drivers – technology…

The health reform law has specific provisions covering mental health and substance use conditions, as well as general provisions to benefit those in need of behavioral health services. While addressing unmet needs, the reform law provisions raise new challenges. Given their budgetary constraints, will states be able to expand capacity…

A Dose of Reality in the Virtual World of Health IT

The Alliance for Health Reform hosted a September 28 briefing to discuss electronic health records (EHRs), and the progress of the Health Information Technology for Economic and Clinical Health (HITECH) Act. Speakers explored such questions as: How does health information technology fit in the strategy for health care delivery transformation?…