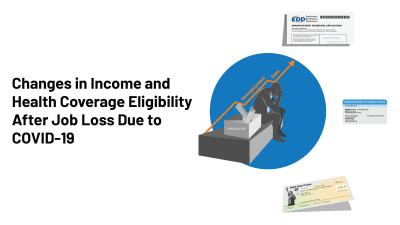 This data note examines how job loss and income changes could affect people’s access to health coverage whether through work or through the ACA’s marketplaces and Medicaid. 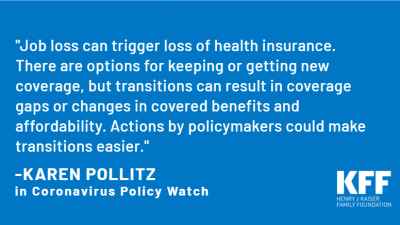 With unemployment claims rising amid the COVID-19 crisis, this post examines options for people who lose job-based coverage and steps policymakers could take to smooth their transitions. 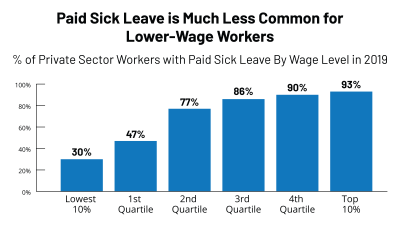