The Republican leadership in the House of Representatives recently indicated that it will be seeking to repeal regulations under the Affordable Care Act (ACA) that govern the “grandfathered” status of health plans. As this aspect of the health reform law gets more scrutiny, it may be useful to review some of…

JAMA Forum: Why the Ruckus Over the Cadillac Plan Tax?

Larry Levitt’s October 2015 post explains the terms of the much-debated Cadillac plan tax, how it is designed to reduce health costs, and how it could end up shifting more costs to workers. 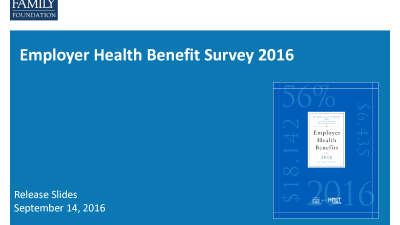