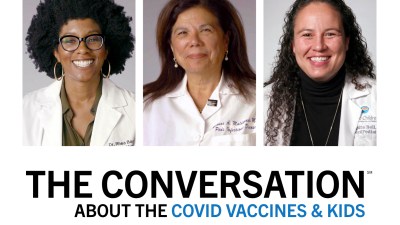 August 25, 2021 – THE CONVERSATION / LA CONVERSACIÓN expands to address questions about the COVID-19 vaccines and children with new FAQ videos featuring pediatricians. This installment of the campaign is produced by KFF (Kaiser Family Foundation) under its Greater Than COVID public information response and is presented with the…

This brief provides insight into lessons learned from Medicaid and CHIP outreach and enrollment strategies that can help inform implementation of the Affordable Care Act (ACA) coverage expansions by profiling a successful enrollment assistance initiative among health centers in Utah. The brief is part of the “Getting Into Gear for…

A Challenge for States: Assuring Timely Access to Optimal Long-Term Services and Supports in the Community

On June 28, 2012, the U.S. Supreme Court issued its decision in the case challenging the Affordable Care Act (ACA). The Court upheld the constitutionality of the ACA’s individual mandate, which requires most people to maintain a minimum level of health insurance coverage beginning in 2014. A majority of the…

The Arizona KidsCare CHIP Enrollment Freeze: How Has It Impacted Enrollment and Families?

This paper examines the impact on enrollment and families of Arizona’s Dec. 21, 2009, decision to freeze enrollment in KidsCare, the state’s Children’s Health Insurance Program (CHIP). The CHIP enrollment freeze, enacted in response to recession-driven state budget pressures, saved the state $12.9 million in FY 2011, but has also…

A Guide to the Supreme Court’s Affordable Care Act Decision

This policy brief describes the Supreme Court’s decision on the Affordable Care Act and looks ahead to the implementation of health reform now that questions about the constitutionality of the law have been resolved. Brief (.pdf)