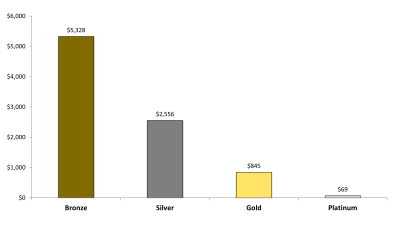 The Cost of Care with Marketplace Coverage

A new survey from the Kaiser Family Foundation provides a comprehensive look at where states stand with their Medicaid and Children’s Health Insurance Program (CHIP) eligibility levels and enrollment, renewal and cost-sharing policies as of January 2015, one year into implementation of the Affordable Care Act’s major coverage provisions. The…

The Kaiser Commission on Medicaid and the Uninsured (KCMU) hosts a web briefing to present findings from our 13th annual 50-state survey of Medicaid and CHIP eligibility, enrollment, renewal, and cost-sharing policies. The survey provides a profile of where states stand as of January 2015, one year into the implementation of the major Medicaid provisions of the Affordable Care Act (ACA).

A major piece of the Affordable Care Act will first take effect January 1 when larger employers will be required to offer coverage to their workers or face penalties. How do the penalties work and how are they being phased in? To help reporters understand and cover these issues, the Kaiser Family Foundation held a web briefing exclusively for journalists.

The slide show provides an initial look at the deductibles for medical care and the specific deductibles applied to prescription drugs for the plans offered in the federally facilitated and partnership Marketplaces for 2015 operating with healthcare.gov.