What is remarkable about 2012 (and the current era in health policy) is how many big health policy issues and marketplace changes will be in play at the same time: HEALTH REFORM: There is the implementation of a historic but fragile health reform law, with a Supreme Court decision pending…

This historical review finds that the availability of federal funds has served as an effective incentive for states to provide health coverage to meet the health and long-term care needs of their low-income residents despite state budget pressures. The brief examines the history of earlier experiences and provides important context for how states may respond as they weigh the costs and benefits of expanding their Medicaid programs in 2014 as called for under the Affordable Care Act. 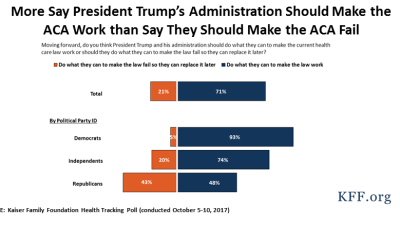 The October Kaiser Health Tracking Poll focuses on the Affordable Care Act’s (ACA) marketplaces as the November 1st open enrollment period approaches, amidst a period of uncertainty on the future of the individual market. The survey finds the majority of the public think it is more important for President Trump and Congress to work on legislation to stabilize the marketplaces rather than continue efforts to repeal and replace the ACA. A majority – across parties – also support a bipartisan compromise that includes Congress guaranteeing cost-sharing reduction (CSR) payments to insurance companies. 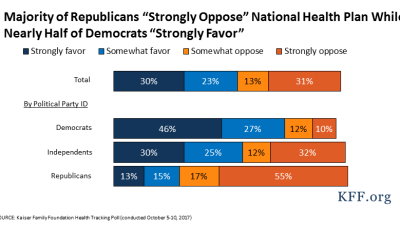 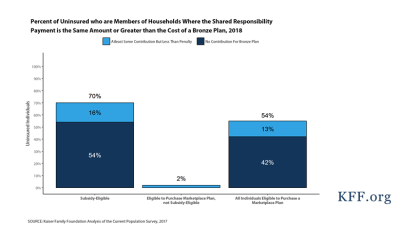