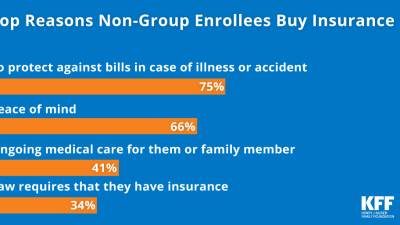 This report explores the experiences of individuals who purchase their own insurance through the Affordable Care Act (ACA) marketplace. The poll finds marketplace enrollees are worried about the future of health insurance availability and costs in their areas, but most say their premiums have not increased this year and they are satisfied with their insurance options.

The Left is Getting More Active on Health Care

In this Axios column, Drew Altman discusses data from the new KFF/Washington Post survey on activism in America showing the role support for the ACA is playing in motivating political participation, and how, in a reversal from the last election cycle, political energy is shifting from right to left on health care as a new election looms. 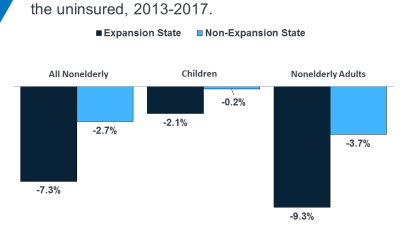 Implications of the ACA Medicaid Expansion: A Look at the Data and Evidence

More than four years after the implementation of the Medicaid expansion included in the Affordable Care Act, debate and controversy around the implications of the expansion continue. Despite a large body of research that shows that the Medicaid expansion results in gains in coverage, improvements in access and financial security, and economic benefits for states and providers, some argue that the Medicaid expansion has broadened the program beyond its original intent diverting spending from the “truly needy”, offers poor quality and limited access to providers, and has increased state costs. New proposals allow states to implement policies never approved before including conditioning Medicaid eligibility on work or community engagement. New complex requirements run counter to the post-ACA movement of Medicaid integration with other health programs and streamlined enrollment processes. This brief examines evidence of the effects of the Medicaid expansion and some changes being implemented through waivers. Many of the findings on the effects of expansion cited in this brief are drawn from the 202 studies included in our comprehensive literature review that includes additional citations on coverage, access, and economic effects of the Medicaid expansion. 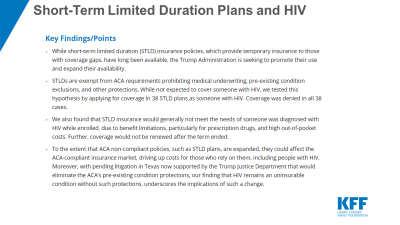 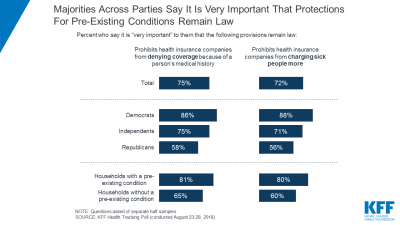 New State Data: ACA Marketplace Enrollees Receiving Estimated $32.8 Billion in Tax Credits, Which Would be Eliminated Under Repeal of the ACA

State data from the Kaiser Family Foundation estimate that 9.4 million Americans who bought health plans through Affordable Care Act marketplaces will receive a total of about $32.8 billion in premium tax credits for 2016. A repeal of the health law would eliminate these subsidies.

What’s at Stake in a Potential Repeal of the ACA Medicaid Expansion?

President-elect Trump and Republican leaders in Congress have vowed to repeal the Affordable Care Act (ACA) and replace it with an alternative plan. There are now 32 states (including DC) that have adopted the ACA’s Medicaid expansion. While the details of a repeal-and-replace plan are not yet available to assess…