What’s Trending in Health Care? Conservative Ideas In his latest column for The Wall Street Journal’s Think Tank, Drew Altman cuts through the political debate and reviews how some ideas conservatives like are taking hold in the American health system. All previous columns by Drew Altman are available online.

Pulling It Together: Uninsured But Not Yet Informed

If there is one thing there is general agreement on when it comes to the Affordable Care Act (ACA) it’s that it will help the uninsured.  The estimates are that 32 million people will gain coverage under the law through an expansion of Medicaid and tax credits, which will help…

The Public Expects Parts Of The Affordable Care Act To Continue Whatever The Court Rules Two Years After Passage The Public Is Evenly Divided On The Law, Split Sharply Along Partisan Lines MENLO PARK, Calif. — The requirement that nearly everyone obtain health insurance or pay a fine has long… 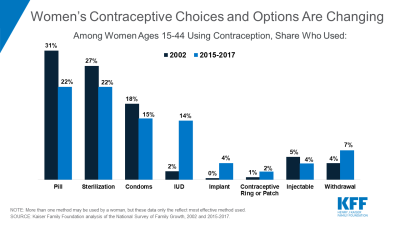 NEWS RELEASE Thursday, October 27, 2011 New 50-State Survey Finds Cuts In Provider Payments And Changes In Delivery Of Services WASHINGTON, D.C. – Faced with the end of stimulus money and a continuing weak economy, Medicaid officials in virtually every state are enacting a variety of cost cutting measures as states’…