The Status of Funding for Zika: The President’s Request and Congressional Proposals

Zika virus, a mosquito-transmitted infection that until recently had caused little concern, has become an urgent global challenge with widespread transmission occurring in the Americas, a region that had previously not seen any cases before 2015. Predictions that local transmission would spread to the continental United States by summer were met with the first cases of local transmission identified in Miami in July.1 Of particular concern is the discovery that Zika virus in pregnant women can cause microcephaly as well as other serious birth defects, prompting the World Health Organization (WHO) to declare a “public health emergency of international concern” on February 1st of this year.2

On the heels of the Ebola outbreak of 2014 – during which the U.S. government played a pivotal global role in the response including a request from the President and quick Congressional approval of more than $5 billion in emergency funds to combat Ebola3,4 – the President sought to launch a similar response to Zika. On February 22, the President sent a request to Congress for almost $1.9 billion in emergency Zika funding for Fiscal Year (FY) 2016, which would support domestic (including U.S. territories) and international response efforts including: mosquito control (vector management), expanded surveillance of transmission and infections, research and development activities (vaccines, diagnostics, and vector control methods), health workforce training, public education campaigns, and maternal and child health programs.5 As of September 2016, however, no new funding for Zika has been appropriated, although Congress has considered several bills. In the meantime, the Administration announced it had identified almost $700 million in existing sources (largely from unobligated emergency Ebola funding appropriated in FY 2015) to be used to address immediate Zika activity needs and has stated that Congress needs to approve the full $1.9 billion request in order to continue the response effort and reimburse the Ebola accounts.6,7,8

As Congress returns from recess this September and is expected to once again consider funding for Zika, this brief compares funding in the President’s emergency Zika request to the Congressional bills that have been proposed thus far. Specifically, it looks at the President’s February 22nd request compared to House and Senate bills that passed each chamber in May and a Conference Agreement that was approved by the House in June but blocked in the Senate and opposed by the Administration (see Table 1). 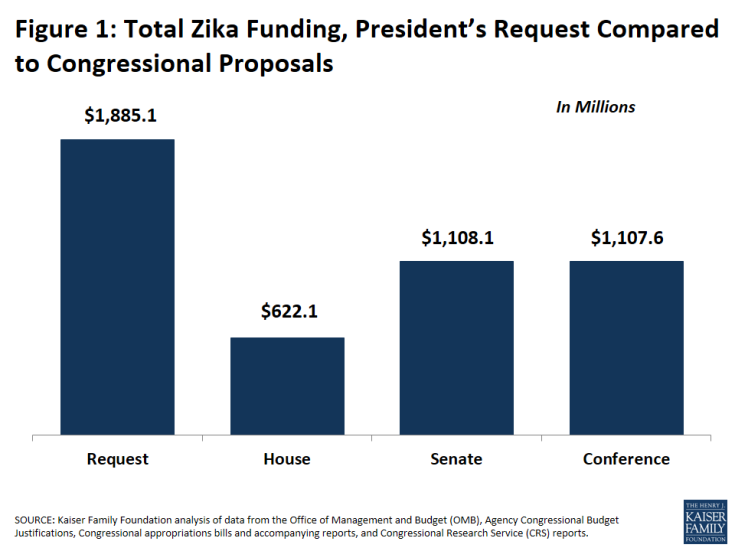 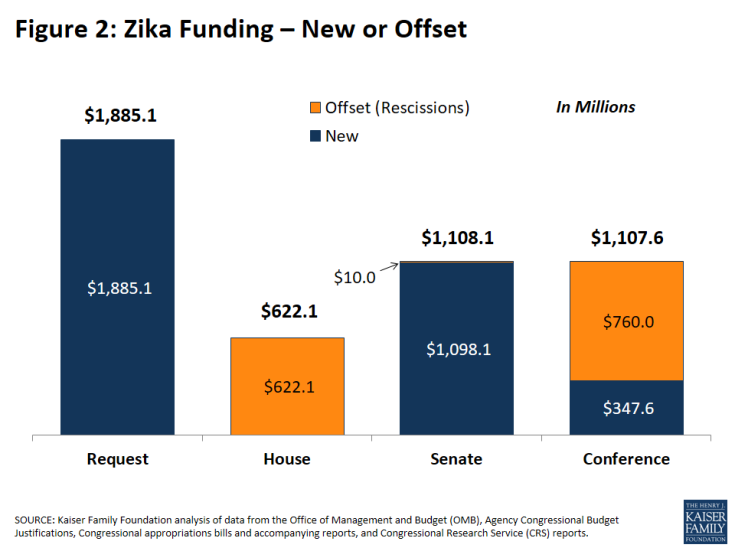 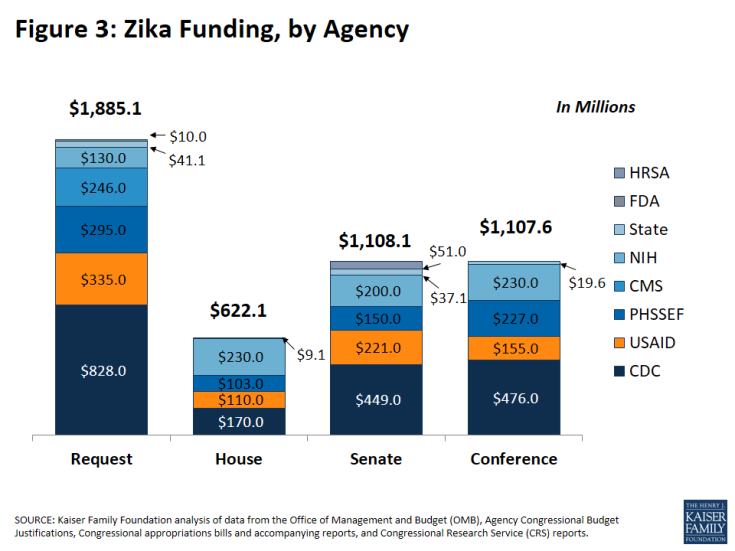 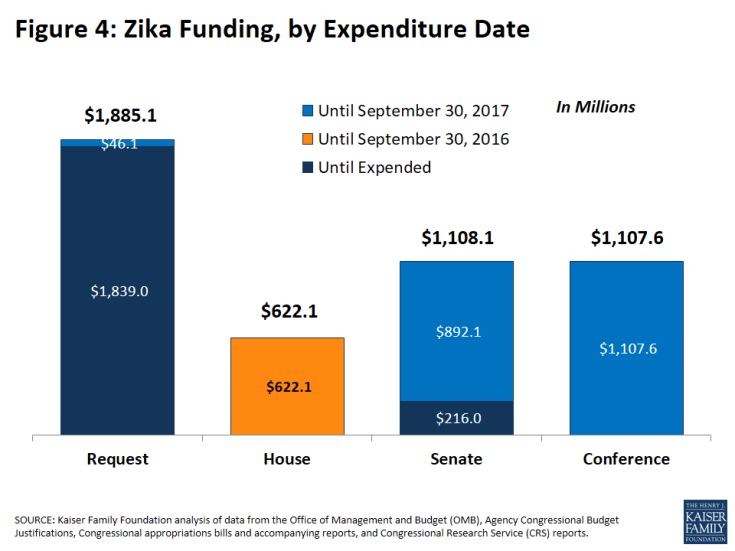 Policy Provisions: Each of the proposals include policy provisions specifying and placing restrictions on how the funding would be utilized. For instance, the President’s Request, the Senate, and the Conference Agreement include some authorities to reimburse prior obligations associated with the Zika response; the House proposal does not include reimbursement authority. The Conference Agreement also places a restriction on some of the funding directed to HHS that, it has been argued, would prevent funds going to organizations that provide family planning and reproductive health services, as well as re-directs funds from other health efforts, including from the ACA, and were cited as reasons why Democrats in the Senate blocked the bill.10