Many previous surveys have found that Americans’ views on climate change divide along partisan lines. In this survey, we explore how those divisions relate to political preferences, and also how partisanship interacts with people’s views of the role of climate change in extreme weather events. This section takes advantage of a unique element of this survey: the oversample of people living in several regions of the U.S. that have experienced extreme weather events like hurricanes, flooding, drought, and wildfires over the past several years.

Majorities across parties say they want the next president to support government action on climate change, but it’s a much lower priority for Republicans than for Democrats. Large majorities of Democrats (91%) and independents (79%), and even a slim majority of Republicans (53%), say that they would like the next president to be someone who favors government action on climate change, suggesting that President Trump’s position on the issue is out of step with the mainstream. However, while 42% of Democrats see this as an extremely important issue to their vote – putting it on par with issues like abortion access (39%) and preserving the ACA (38%) – just 12% of Republicans say the same, ranking it far behind issues like support for a border wall (48%) and restricting abortion access (34%). 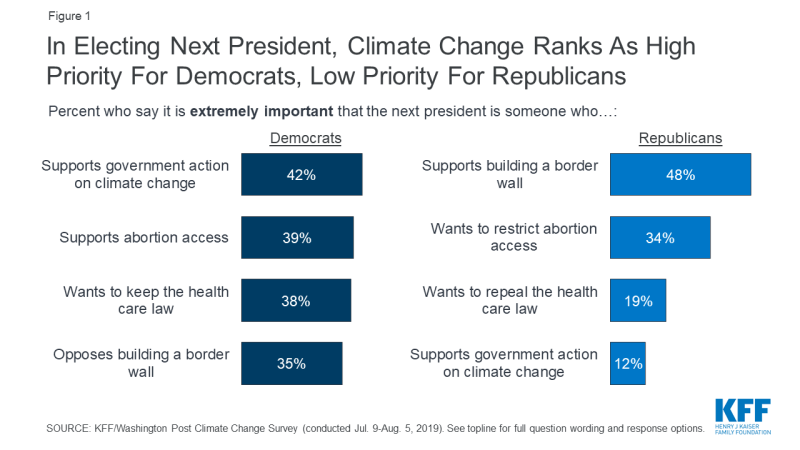 Nationally and across regions, Democrats and Republicans have very different views of severe weather events in their area and the role climate change plays. Nationwide, about two-thirds (65%) of adults think extreme weather events are becoming more severe, but this masks a massive partisan difference, with Democrats almost twice as likely as Republicans to believe this is the case (81% vs. 43%). 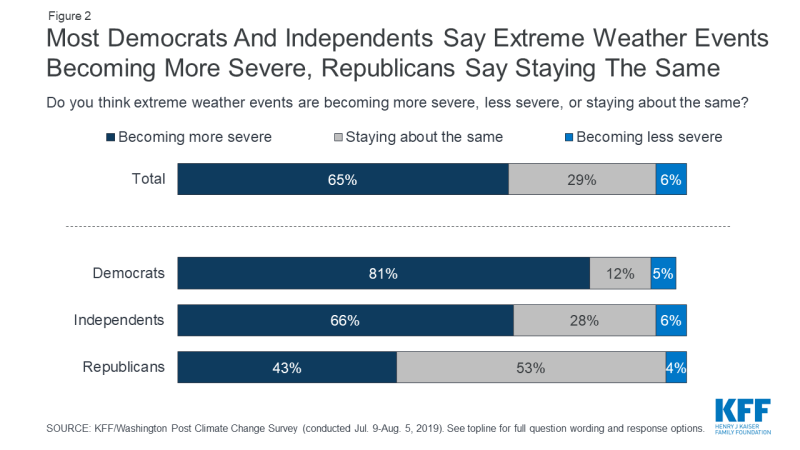 The partisan divide on views of extreme weather is even starker when looking at the share who believe weather is becoming more severe and that climate change is mostly to blame: 43% of Democrats versus 9% of Republicans think this is true. 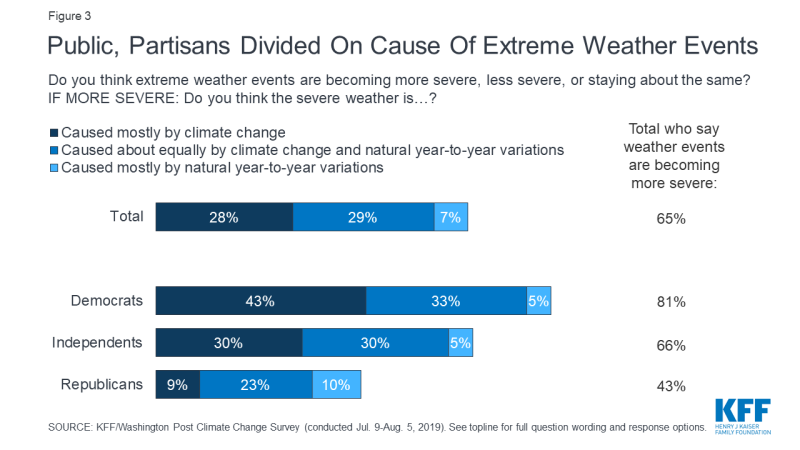 Figure 3: Public, Partisans Divided On Cause Of Extreme Weather Events

Partisan gaps also exist in perceptions of extreme weather in one’s own local area. When drilling down into regions that have been hard hit by extreme weather events, there are huge partisan gaps in attitudes about climate change’s role in these events. For example, in the Southwest, 58% of Democrats and Democrat-leaning independents versus just 17% of Republicans and Republican-leaning independents say that the area where they live has experienced wildfires in the past 5 years and that climate change is a major factor causing these fires. Similarly, in the Southeast/Gulf Coast region, those who identify as or lean Democrat are about three times as likely as Republican-leaners to say climate change is a major factor contributing to severe storms such as hurricanes in their area in the past 5 years (61% vs. 21%)1. 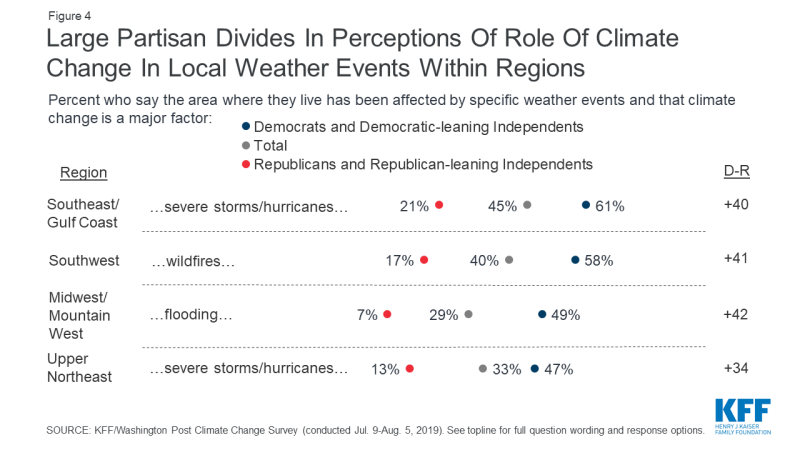 Views on the Green New Deal Knowledge and Actions