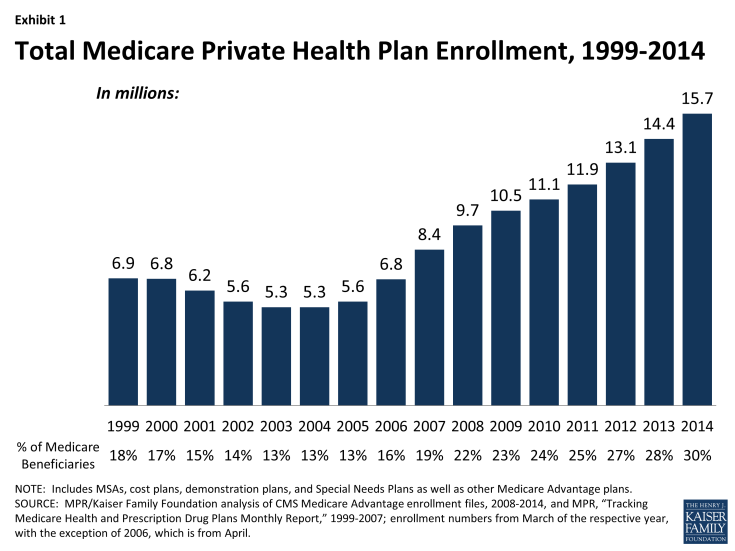 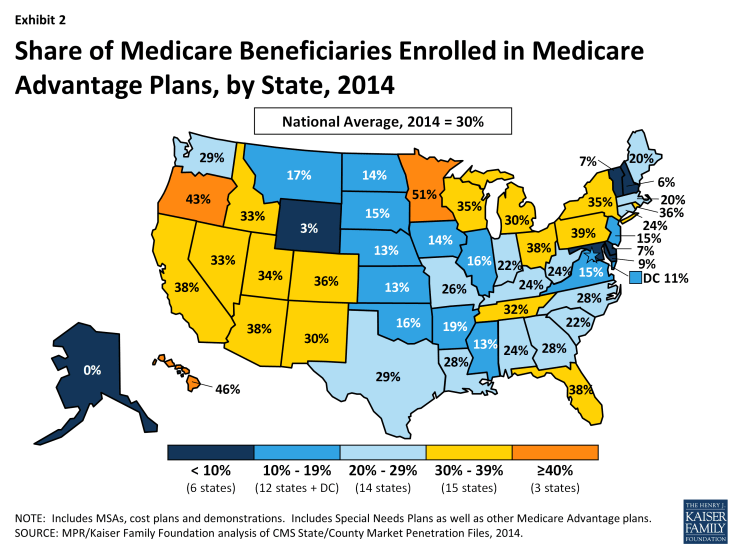 Despite such variation, enrollment increased in virtually all states in 2014, with the exception of New Jersey where enrollment declined 2 percent.  Among other states, 13 states experienced a growth in enrollment of 5 percent or less   In 19 states, enrollment grew by 6-10 percent, in 9 states enrollment grew by 11-15 percent and in 7 states enrollment grew by 16 percent or more between 2013 and 2014.  Very high rates of growth (such as 56 percent in Illinois and 45 percent in North Carolina) reflect the influence of the group market, and illustrate how  a single change in coverage for an employment-based retiree group can move relatively large numbers of people within a state. Each of these states added over 100,000 group enrollees to Medicare Advantage between March 2013 and 2014.  In most other states, enrollment in group plans had a far more modest effect on the growth in Medicare Advantage enrollment.