Prior to the ACA, states could not receive federal Medicaid matching funds to cover non-disabled childless adults. As such, states could only cover these adults if they obtained a waiver or through a fully state-funded program. Effective April 2010, the ACA gave states flexibility to expand Medicaid to adults to get an early start on the 2014 expansion. Since April 2010, seven states (CA, CT, CO, DC, MN, NJ, and WA) have expanded coverage to adults through the new ACA option or a waiver to prepare for 2014. However, overall, Medicaid coverage for low-income adults remains very limited. As of January 2013, only nine states, including DC, provided full Medicaid coverage to low-income adults, and enrollment is closed in two of these states. Sixteen states only provide limited coverage to adults, and enrollment is closed in eight of these states. (Figure 17) 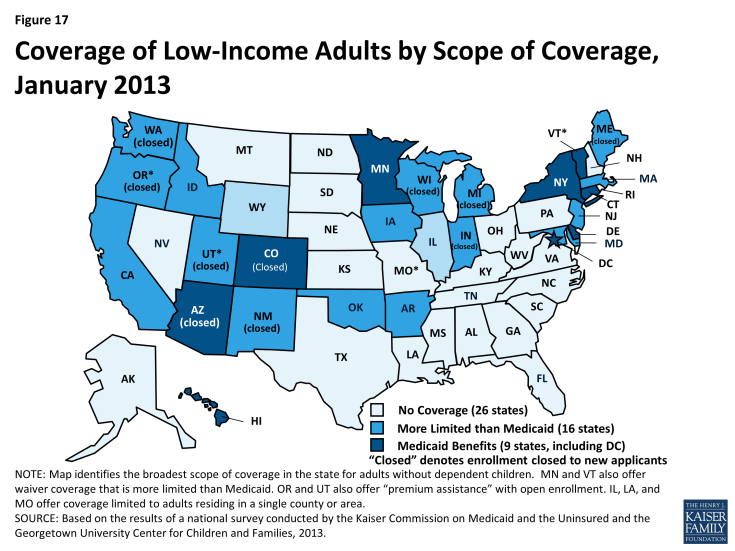 Figure 17: Coverage of Low-Income Adults by Scope of Coverage, January 2013

In the table on the following page (Table B-1), 17 states were able to report separately enrollment data for childless adults for June 2013; an additional five states reported data that included both parents and childless adults. Of the 2.6 million low-income non-disabled adults covered under expansion programs in these states in June 2013, at least 1.86 million were childless adults. Enrollment in June 2013 was positively affected by continued rollouts of adult expansions in California, Colorado, and Louisiana. In terms of percentage change, four other states (Connecticut, Maryland, Iowa, and Michigan1) saw double digit enrollment growth.

In contrast, eleven states reported enrollment declines between June 2012 and June 2013. Enrollment in most of these states for this group was negatively affected by enrollment freezes or enrollment caps either newly instituted or in place in a number of states, most notably in Arizona, where 40,800 fewer childless adults remained enrolled in June 2013 compared to one year earlier.2 Maine and Wisconsin also saw enrollment declines of 25 percent or more, both of which had long-standing enrollment caps for their childless adult waiver programs. Additionally, Wisconsin added premiums to its waiver programs in July 2012.

Coverage for childless adults will markedly change in January 2014. Twenty-six states, including 21 states that currently cover childless adults, plan move forward with the Medicaid expansion in 2014. 3  Eight states (ID, IN, LA, ME, MO, OK, UT, and WI) with current Section 1115 waivers to cover childless adults have indicated that they are not moving forward with the ACA Medicaid expansion in 2014. However, CMS recently approved one-year waiver extensions in 5 of these states (ID, IN, LA, MO, and OK.)4 In these states, the waiver coverage will continue, but coverage will be limited to individuals with incomes below 100% FPL and will not be eligible for the enhanced Medicaid financing available under the ACA. Current Medicaid beneficiaries with incomes above 100% FPL will be eligible for help purchasing coverage in the new Marketplaces. Wisconsin has a waiver proposal would reduce eligibility for childless adults in its existing waiver program to 100% FPL. Maine plans to let their current Section 1115 waiver for childless adults expire, resulting in childless adults covered under the waivers losing eligibility and likely becoming uninsured.

Appendix A: Table A-6: Aged and Disabled Enrollees