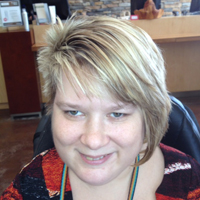 Home health aide services would support woman with cerebral palsy with working and living independently in the community.

Margot has her master’s degree in social work and wants to be employed. However, since relocating from New York to North Carolina to live closer to family after a divorce, she has been unable to find a job because attending to her living and health care situation has taken up so much of her time. Margot has cerebral palsy and spastic quadriplegia. She can feed herself but needs help with preparing meals and all other activities of daily living, especially her morning and evening routines. Margot is dually eligible for Medicaid and Medicare.

Although Margot started researching services before moving, she still has run into barriers. Most home health agencies said that she had to move first rather than getting services in place before relocating, as her disability requires. If Margot had not found an agency that was willing to work with her, she would have been stuck in New York. That agency estimated Margot would spend about four months on the HCBS waiver waiting list, so she decided to move and rent a room in a friend’s house because her family and friend thought that they could “make things work” temporarily. However, Margot has been on the waiting list much longer than anticipated, since April 2012.

A nursing facility would be a terrible alternative for my quality of life and would cost more than providing care at home.”
-Margot, age 38

Margot now receives 80 home health aide hours per month through the Medicaid state plan benefits package, which is less than the 66 home health aide hours per week that she received before moving. Her current hours are insufficient to meet all of her needs. Her family is now physically unable to provide most of her care, and Margot’s friend’s work obligations leave her friend unable to provide all the care Margot needs. Since moving, Margot has been hospitalized at least six times, some of which might have been avoided if she received more aide hours. The HCBS waiver would provide additional hours, but she has learned that the waiver waiting list can be as long as 15 years. There is also a separate two year waiting list for the program to self-direct services. Before relocating, Margot lived in her own apartment and could take her aide out to assist her while shopping for groceries or clothing. Currently, Margot is not permitted to do errands with her aide, which restricts her independence. Margot prefers to live on her own and does not want to live in a nursing home.

Transportation also is a challenge. Because Margot does not live within ¾ of a mile of a bus stop, she is placed on “standby” and does not learn if she will be picked up until the night before a scheduled trip. This is not workable because, she says, “the way my disability is, I have to plan ahead.” Another challenge is housing. Even if she were receiving enough home health aide hours to live on her own, the waiting list for a subsidized apartment is two to three years long. Margot learned about services “piecemeal” so she did not get onto all of the different waiting lists at the same time. She recommends that there should be a single place to find out about all services at once.