How Much of the Medicare Spending Slowdown Can be Explained? Insights and Analysis from 2014

Analysts have warned federal policy makers for many years that long-term growth in spending on health care threatens to upend the federal budget and consume an unsustainable share of the nation’s economy.1 Medicare is by far the largest federal health program in terms of spending,2 and, historically, spending growth in the program has been driven by persistent increases in enrollees and spending per enrollee. Because Medicare has accounted for a rising share of the federal budget and the nation’s economy, concerns about Medicare spending growth have prompted a steady stream of proposals for major changes to the program, such as increasing the age of eligibility, restructuring Medicare’s benefit design, or shifting the program to a defined contribution arrangement.3

Against this backdrop, a seemingly incongruous storyline has emerged in recent years: Medicare spending growth of late has been remarkably low relative to historical norms. Annual growth in aggregate spending has averaged just over 3 percent since 2009, despite rapid enrollment growth due to the aging of the “baby boom” generation. On a per enrollee basis, Medicare spending has been growing more slowly than GDP per capita,4 and has been relatively flat since 2009—even falling very slightly, in nominal dollars, since 2011 (Exhibit 1). Both the magnitude and the duration of the slowdown in Medicare spending growth have no precedent in Medicare’s nearly 50-year history. 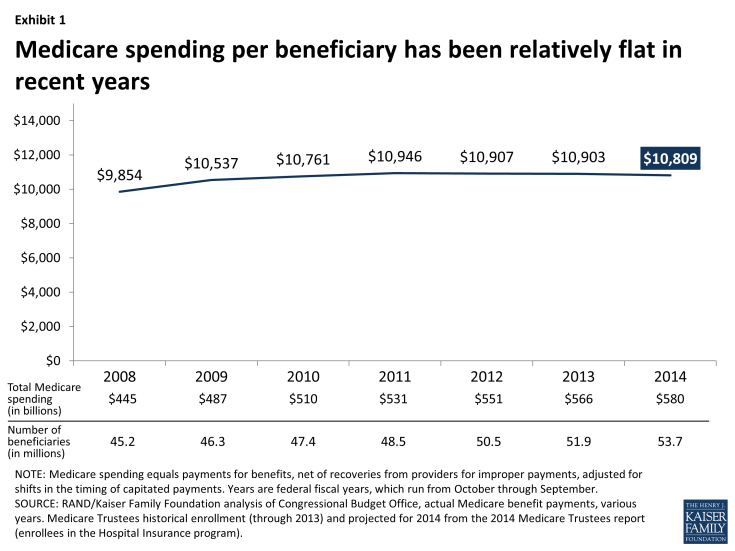 Exhibit 1: Medicare spending per beneficiary has been relatively flat in recent years

Medicare’s recent slow spending growth has manifested itself in several ways. Between 2009 and 2014, the Medicare Trustees extended by more than 10 years their projections of the solvency of the Medicare Hospital Insurance trust fund, from 2017 (2009 projection) to 2030 (2014 projection)—which is also related to growth in revenues from a payroll tax increase included in the Affordable Care Act (ACA) and to a stronger economy.5 The slow growth in Medicare spending has also led to relatively modest increases in Medicare premiums and cost sharing, which are indexed to rise with program costs. For example, Medicare Part B premiums, which are pegged to growth in Part B spending, were unchanged between 2013 and 2014 and will be the same in 2015 as in the previous two years. And the Medicare Trustees project that the Independent Payment Advisory Board (IPAB)—a controversial but not yet appointed or convened independent entity which was authorized by the ACA as a spending backstop—will not be required to issue recommendations for Medicare savings until 2022, due to relatively low projected spending trends.6