Now that the House has passed its bill to repeal and replace the Affordable Care Act (ACA), Senate negotiators face a number of policy decisions that could be of particular interest to older adults who are not quite old enough for Medicare.  Prior to the ACA, adults in their fifties and early 60s were arguably most at risk in the private health insurance market.  They were more likely than younger adults to be diagnosed with certain conditions, like cancer and diabetes, for which insurers denied coverage.  They were also more likely to face unaffordable premiums because insurers had broad latitude (in nearly all states) to set high premiums for older and sicker enrollees.

The ACA included several provisions that aimed to address problems older adults faced in finding more affordable health insurance coverage, including guaranteed access to insurance, limits on age rating, and a prohibition on premium surcharges for people with pre-existing conditions.

The House-passed American Health Care Act (AHCA) would make a number of changes to current law that would result in a 5.1 million increase in the number of uninsured 50-64-year-olds in 2026, according to CBO’s updated analysis (Figure 1). 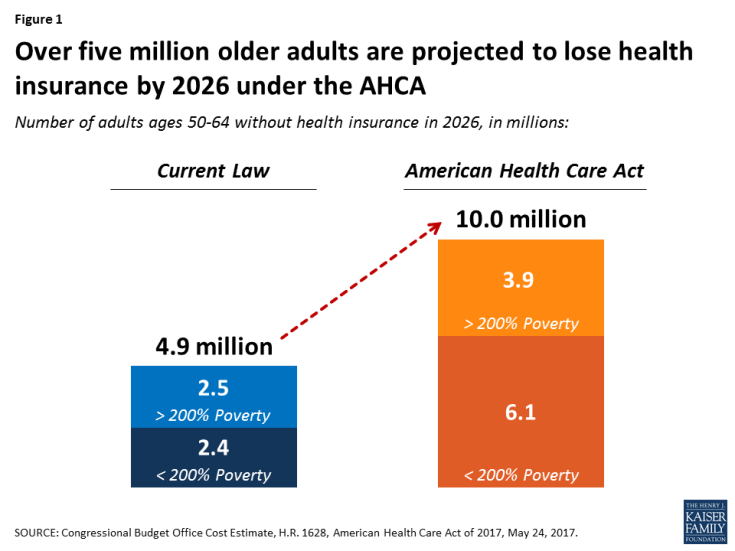 Figure 1: Over five million older adults are projected to lose health insurance by 2026 under the AHCA

These changes would disproportionately affect older adults with incomes below 200% of poverty.  Adults age 50-64 with incomes below 200% of the poverty level would see the biggest loss of coverage under the AHCA – a 150% increase in the number of uninsured in 2026 relative to current law, compared to 90% for all adults.  CBO projects the share of low-income older adults who are uninsured would rise from 12% under current law to 29% under the AHCA by 2026.

The increase in the number and share of uninsured older adults would be due to the following provisions in the AHCA: 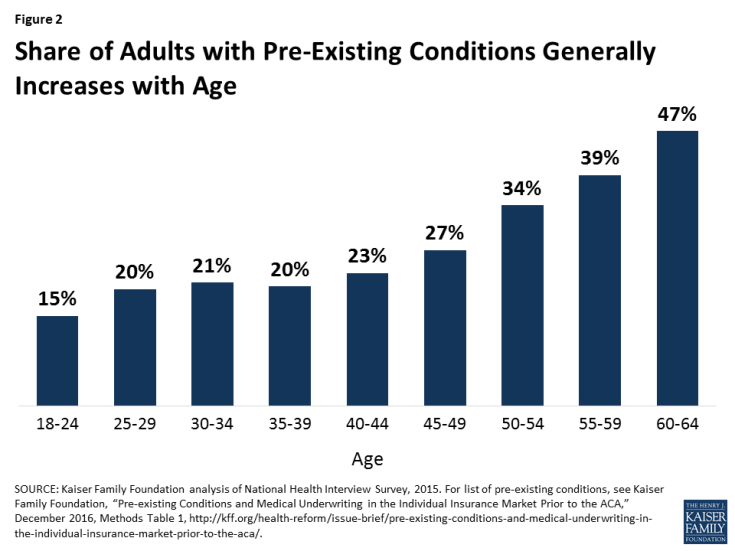 The loss of coverage for adults in their 50s and early 60s could have ripple effects for Medicare, a possibility that has received little attention.  If the AHCA results in a loss of health insurance for a meaningful number of people in their late 50s and early 60s, as CBO projects, there is good reason to believe that people who lose insurance will delay care, if they can, until they turn 65 and go on Medicare, and then use more services once on Medicare.  This could cause Medicare to increase, and when Medicare spending rises, premiums and cost-sharing do too.

A 2007 study published in the New England Journal of Medicine that looked at previously uninsured Medicare beneficiaries helps explain this dynamic.  It showed a direct relationship between lack of insurance (pre-65) to higher service use and spending (post-65).  Previously uninsured adults were more likely than those with insurance to report a decline in health, and a decline in health (pre-65) was associated with 23.4% more doctor visits and 37% more hospitalizations after age 65.  Depending on the number of people who lose coverage and how long they remain uninsured, the impact for Medicare may initially be modest, but could compound with time.

In addition, the AHCA would repeal the Medicare payroll tax imposed on high earners, a change that would accelerate the insolvency of the Medicare Hospital Insurance Trust Fund and put the financing of future Medicare benefits at greater risk for current and future generations of older adults – another factor to consider as this debate moves forward.