As the first day of coverage under the Affordable Care Act (ACA) approaches, states are continuing work to modernize their procedures and systems to implement key provisions of the law to simplify enrollment in Medicaid and CHIP and coordinate with the new Health Insurance Marketplaces, which opened their doors on October 1, 2013. Beginning January 1, 2014, low-income adults will become newly eligible for Medicaid in the 26 states that have chosen to implement the ACA’s Medicaid expansion. Additionally, all states will transform their processes to align eligibility requirements for Medicaid, CHIP, and premium tax credits in the Marketplaces, streamline and modernize the application experience, and move toward a coordinated enrollment system across health coverage programs. Over the past year, states have made steady and significant progress preparing for these changes, but readiness varies considerably as 2014 nears, and work on implementation and process improvements will continue into the foreseeable future. This report provides an overview of key state Medicaid eligibility and enrollment policies that will be in effect as of January 1, 2014, based on data released by the Centers for Medicare and Medicaid Services (CMS). The data provide insight into who will be eligible for Medicaid and CHIP across states and how individuals will enroll in coverage. (See Appendix Tables 1 through 9 for state-specific data on policies.)

Throughout the last year, political divides continued over the ACA, but the law remains in place. With open enrollment for coverage through the new Marketplaces beginning on October 1st, the country is turning its attention to how the ACA is implemented, including a number of key provisions that impact Medicaid and CHIP eligibility and enrollment.

As enacted, the ACA extends Medicaid to nearly all adults at or below 138 percent of the federal poverty level (FPL) as of January 1, 2014. However, as a result of the Supreme Court ruling on the ACA, implementation of the Medicaid expansion is now effectively a state option. As of October 24, 2013, 26 states, including DC, are moving forward with the expansion (Figure 1). In some cases, CMS is working with states to develop expansion approaches under Section 1115 waiver authority (Box 1). There is no deadline for states to adopt the expansion, and several states are still actively considering the option. However, states delaying the expansion will miss out on the opportunity to receive the 100 percent federal funding for newly eligible individuals available in calendar years 2014 through 2016. 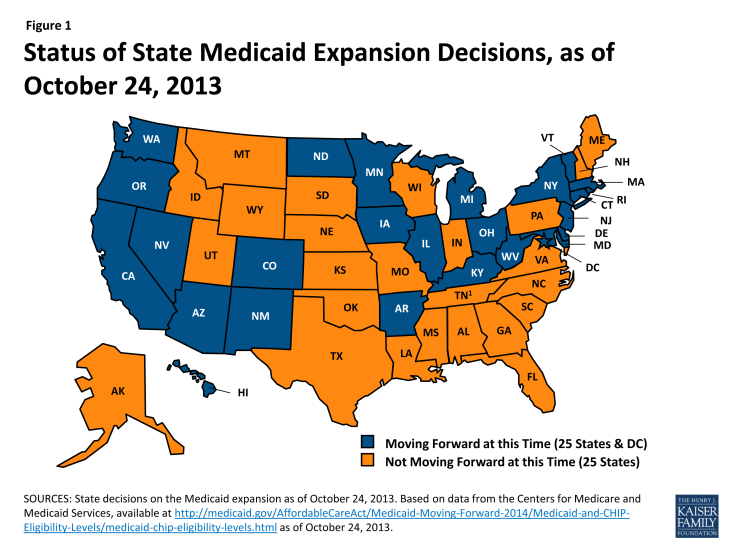 Figure 1: Status of State Medicaid Expansion Decisions, as of October 24, 2013

Regardless of state decisions to expand Medicaid, all states must implement new streamlined enrollment processes under the ACA. These procedures are designed to align eligibility determinations for Medicaid, CHIP, and premium tax credits in the Marketplaces. They also aim to establish a faster, more consumer-friendly enrollment experience, provide individuals multiple avenues to apply, and rely on electronic data instead of paper documentation to verify information where possible. To implement these new processes, almost all states are building new Medicaid eligibility and enrollment systems or conducting major upgrades of their existing systems. The federal government has provided time-limited 90 percent federal funding to support this system development work. CMS issued a final set of rules for these eligibility and enrollment changes in July 2013, providing guidelines for states as they were rewriting policies, revamping business processes, and developing their systems.


To date, of the states moving forward with the Medicaid expansion, three (AR, IA, and MI) are pursuing approaches that require Section 1115 waiver demonstration authority. As of November 15, 2013, Arkansas is the only state to have received approval. The state will use Medicaid funds to subsidize the purchase of coverage for Medicaid-eligible individuals through qualified health plans (QHP) in the Marketplace, with supplemental benefits and cost-sharing protections to meet minimum Medicaid standards. Iowa and Michigan await federal action their proposals. Additionally, there are a number of states with waivers that currently provide more limited coverage to parents and/or adults without dependent children. Most of these waivers are set to expire December 31, 2013, when this coverage could transition to the Medicaid expansion as it goes into effect. Some of these waivers were “bridge” waivers that were specifically designed to help states get an early start on the expansion. While most states with these expiring waivers are implementing the full Medicaid expansion, two states (Indiana and Oklahoma) not moving forward at this time. These states received approval to extend their waivers for one year, preserving their existing limited waiver coverage. However, many poor adults in these states who would have gained full Medicaid coverage under the expansion will not obtain access to a new coverage option in its absence and will likely remain uninsured.

For more details, see: Kaiser Commission on Medicaid and the Uninsured, “A Look at Section 1115 Medicaid Demonstration Waivers Under the ACA: A Focus on Childless Adults.” October 2013.

To further assist states in implementing the Medicaid provisions of the ACA, CMS offered new opportunities to facilitate enrollment. In May, the administration provided states five (5) new targeted enrollment and renewal strategies. These options are designed to help states accommodate application and enrollment increases as they transition to the new eligibility rules, with the hope of easing the administrative burden for states and simplifying the process for consumers.

To date, states have made significant progress in implementing these Medicaid and CHIP provisions but readiness varies considerably. Moreover, the technology problems that have hampered the launch of open enrollment through the new Marketplaces, particularly the federal Marketplace (HealthCare.gov), have led to challenges and delays with new processes designed to coordinate enrollment for Medicaid, CHIP, and Marketplace coverage. With 2014 quickly approaching, state implementation work remains in high gear and the coming weeks are important for states to meet specific milestones. States that will not be able to implement all of the new processes within the timeline established by the law are working with CMS to develop mitigation plans designed to help ensure individuals can still connect to coverage. Even with these early implementation challenges, some states have been successfully enrolling people into Medicaid as they have addressed technological glitches with their state Marketplace websites. Moreover, several states have gotten a significant jump-start through the facilitated enrollment strategies offered by CMS.

Executive Summary Medicaid and CHIP Eligibility as of January 1, 2014