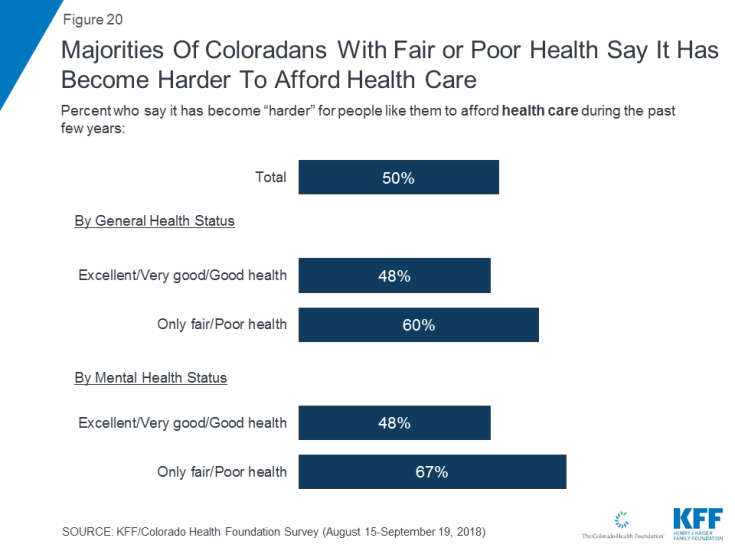 Figure 20: Majorities Of Coloradans With Fair or Poor Health Say It Has Become Harder To Afford Health Care 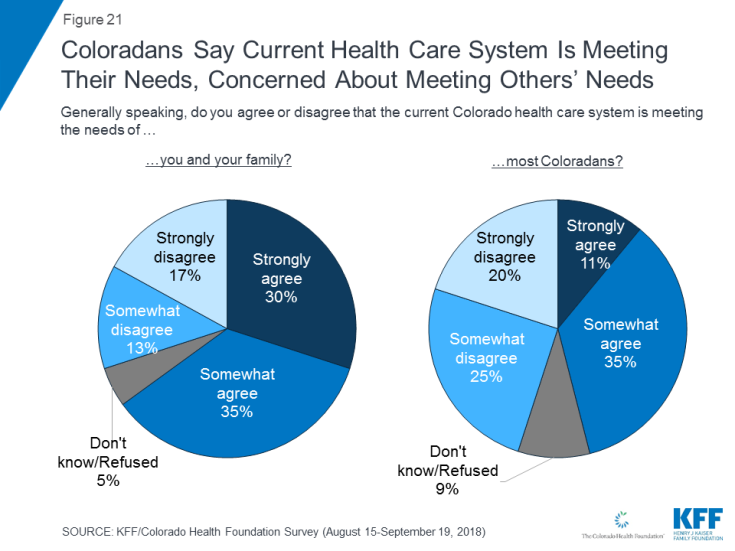 Consistent with previous health policy research, this survey finds a strong connection between income and self-reported health status. A smaller share of those who earn a household income of less than $40,000 annually report either “excellent” or “very good” health and mental health. Less than half of those earning less than $40,000 report that their general health (38 percent) or their mental health (47 percent) is “excellent” or “very good,” compared to majorities of those earning $40,000 or more annually. Yet, a significant share of these lower-income residents also report that their general health and mental health is “good,” and less than one-third report their health status as either “only fair” or “poor.” Self-perceived general health also differs by race/ethnicity, with four in ten Black and Hispanic residents (40 percent each) saying their health is “excellent” or “very” good compared with almost six in ten white residents (57 percent). 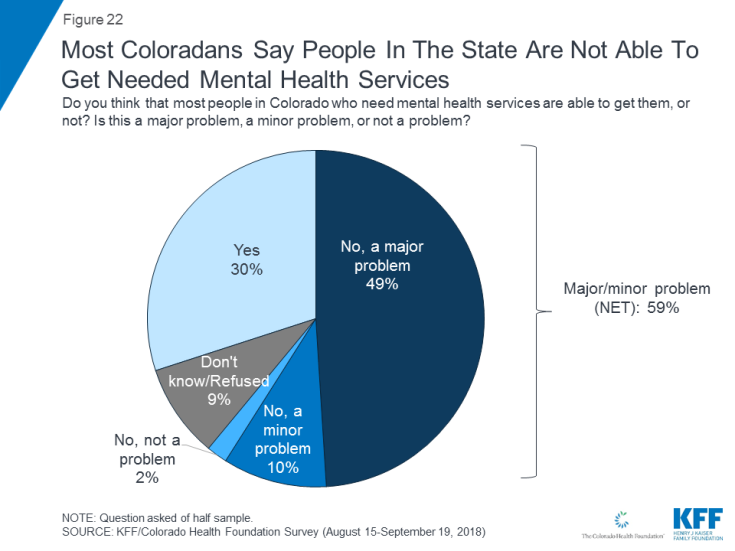 Figure 22: Most Coloradans Say People In The State Are Not Able To Get Needed Mental Health Services 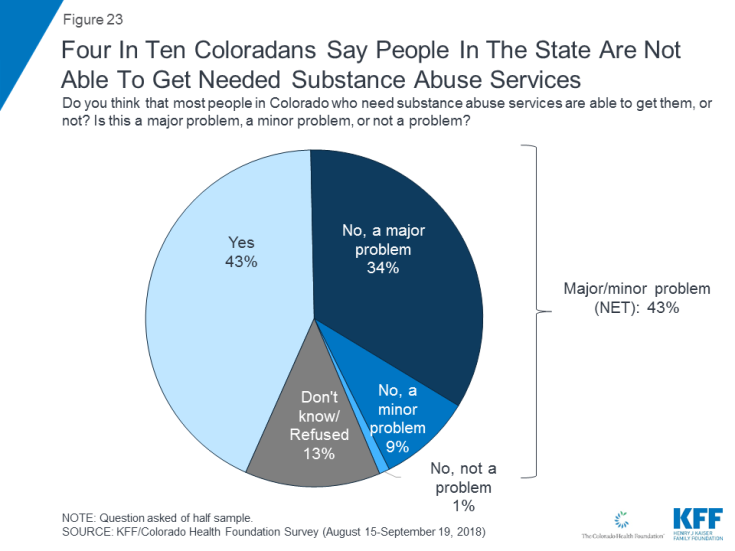 Figure 23: Four In Ten Coloradans Say People In The State Are Not Able To Get Needed Substance Abuse Services

One in five Coloradans say there was a time when they or another family member thought they might need mental health or substance abuse services but did not get them. Individuals say they did not get mental health or substance abuse services because they could not afford the cost (13 percent), insurance would not cover it (11 percent), they were afraid or embarrassed to seek care (9 percent), or they did not know where to get care (8 percent). 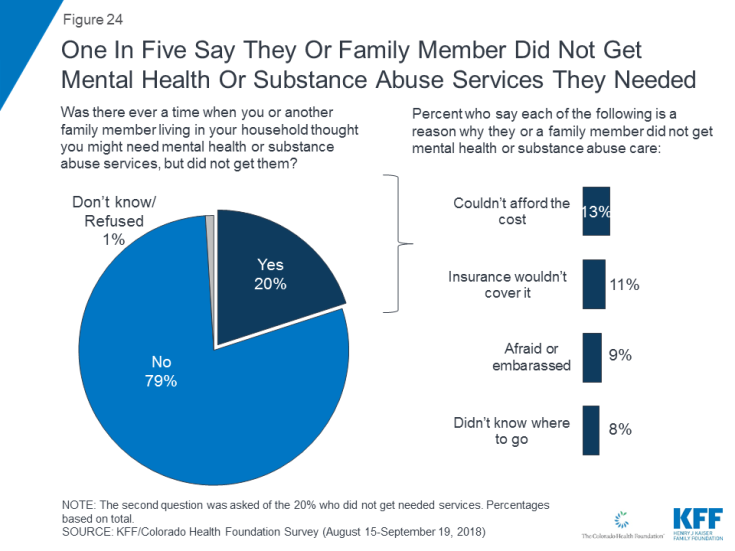 Figure 24: One In Five Say They Or Family Member Did Not Get Mental Health Or Substance Abuse Services They Needed

Section Three: Quality of Life in Colorado and Affordability of Housing Appendices