Why are people still uninsured and what are their coverage options?

The majority of the low-income uninsured remain uninsured because they find coverage to be too expensive. The ACA aimed to make coverage more affordable, but Medicaid expansion was a major part of the intended design. Without Medicaid expansion or subsidies for the Marketplace, the majority (65%) of low-income uninsured report that they are without insurance because of cost. A small share (7%) report that they are uninsured because they either opposed the ACA, prefer to pay the penalty, or feel they do not need insurance (Figure 16). Notably, low-income uninsured adults in Missouri were less likely to name a job-related reason for lacking coverage in 2014 compared to 2013: 10 percent cited a job-related reason for lack of insurance in 2014 compared to 26 percent in 2013 (data not shown). 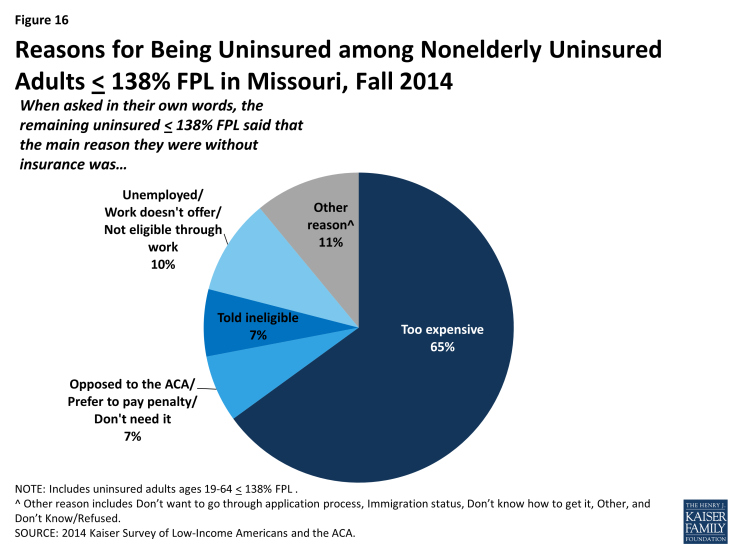 Figure 16: Reasons for Being Uninsured among Nonelderly Uninsured Adults ≤ 138% FPL in Missouri, Fall 2014

Many low-income uninsured tried to obtain ACA insurance but either encountered difficulty or were told they were ineligible. Forty-six percent of the low-income uninsured tried to obtain Medicaid or Marketplace insurance, but many encountered difficulties. About seven in ten (71%) encountered difficulty with at least one aspect of applying (Figure 17). About two-thirds (67%) tried to apply using more than one pathway. About half (46%) tried to sign up using the healthcare.gov website, about half (46%) called the Marketplace 1-800 number, and more than half (57%) visited the MO HealthNet agency (Figure 18). Ultimately, however, these people remained uninsured, saying that they were told they were ineligible and that coverage was too expensive.  Interestingly, one in six (16%) of those who did apply said that their coverage was pending (Figure 19). Missouri has been working to resolve the backlog of Medicaid applications that accrued in 2014.1 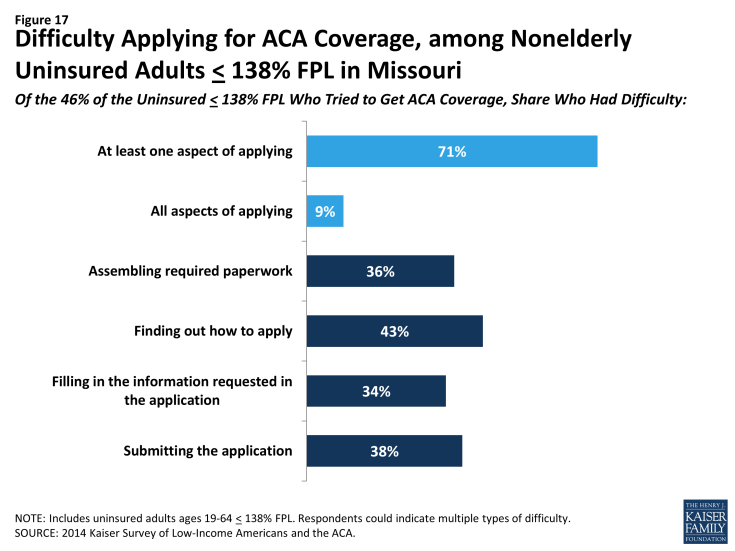 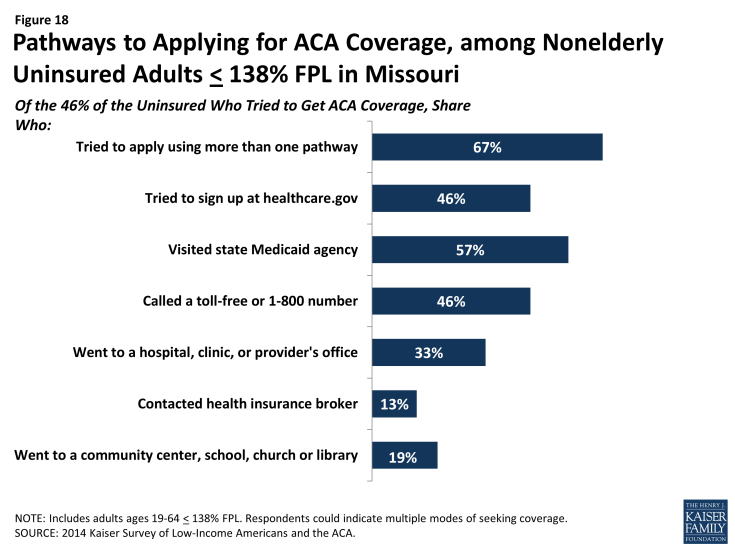 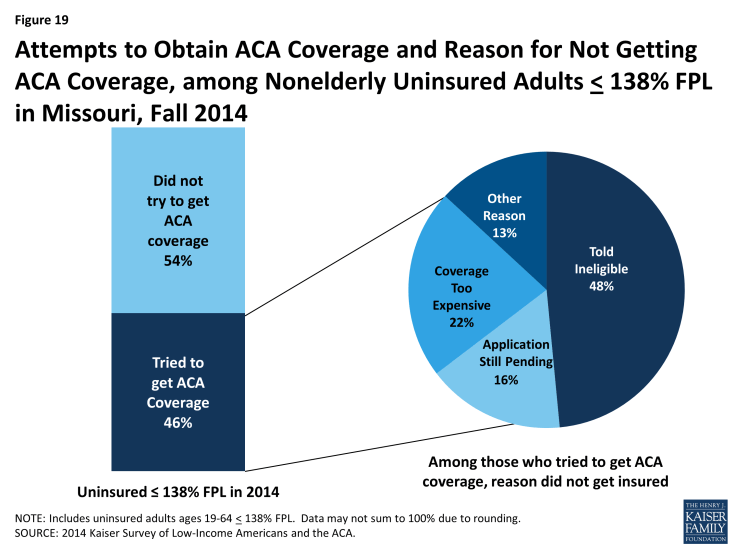 Figure 19: Attempts to Obtain ACA Coverage and Reason for Not Getting ACA Coverage, among Nonelderly Uninsured Adults ≤ 138% FPL in Missouri, Fall 2014 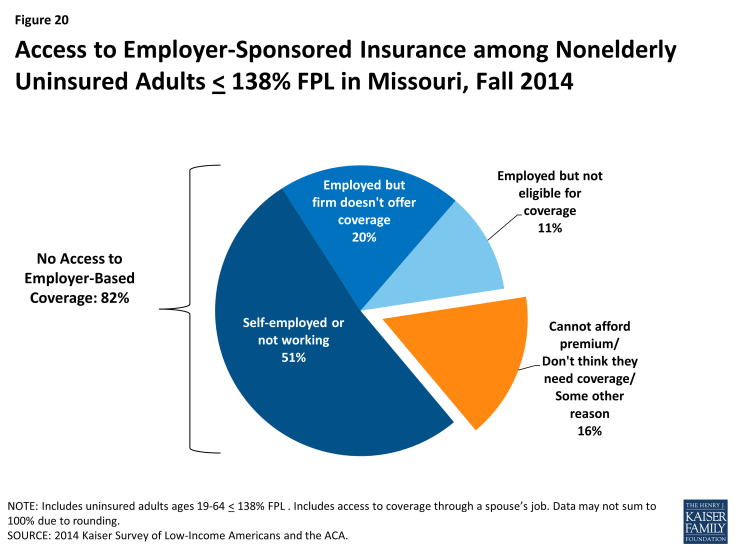 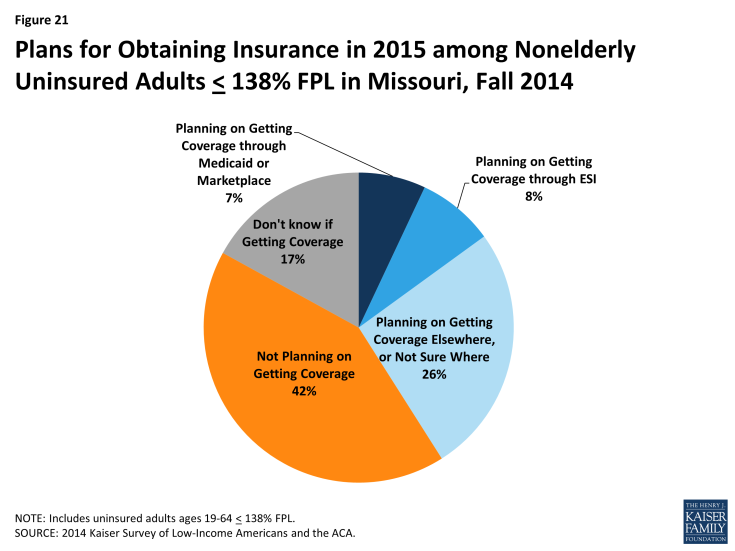