How does coverage affect financial security?

Although all low-income adults face financial insecurity, having health insurance eases the concern about medical expenses. Those enrolled in MO HealthNet demonstrate the “peace-of-mind” value of health insurance. Although over half of those enrolled in MO HealthNet are financially insecure in general, only about a third are not confident that they can afford major medical costs.  In contrast, low-income uninsured adults live with worry about medical costs in addition to their general financial instability. 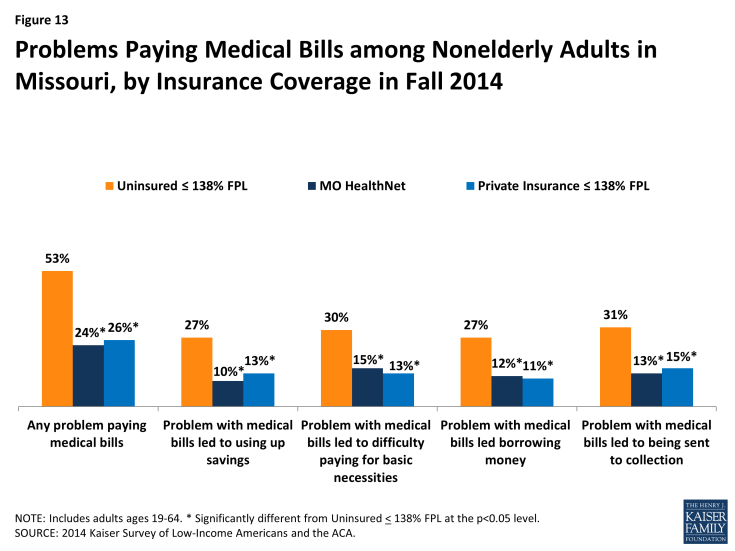 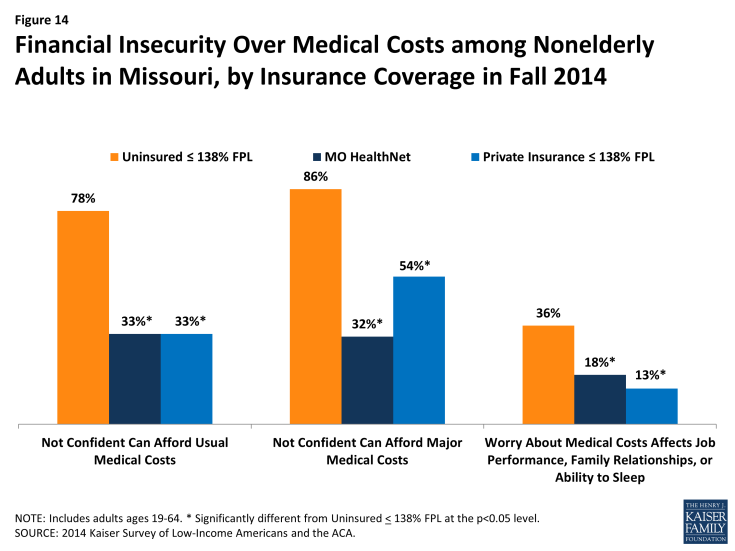 Figure 14: Financial Insecurity Over Medical Costs among Nonelderly Adults in Missouri, by Insurance Coverage in Fall 2014

These differences in problems and worry from medical cost exist even though there are few differences in overall financial stability between the low-income uninsured adults and those enrolled in MO HealthNet. Like low-income uninsured adults, over half of adults with MO HealthNet are generally financially insecure (Figure 15). They also report similar rates of financial difficulty in paying for necessities, saving money, or paying off debt. In contrast, even though low-income adults with private insurance are similarly low-income, they are more financially secure, perhaps reflecting stability due to ties to full-time employment or connections to other resources or support. 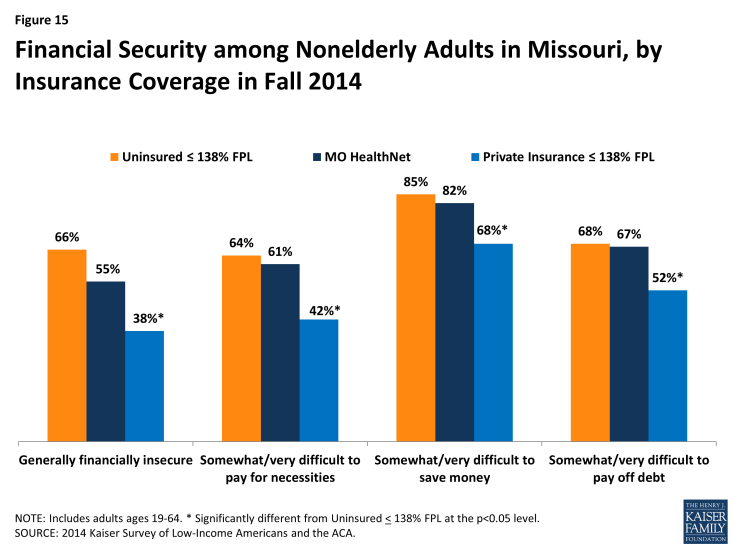 Figure 15: Financial Security among Nonelderly Adults in Missouri, by Insurance Coverage in Fall 2014

How do the low-income uninsured access care? Why are people still uninsured and what are their coverage options?