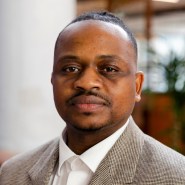 Benjamin “BJ” McBride is Associate Director of Creative & Content with the Social Impact Media Program at KFF. He brings seven years of deep cross-functional experience at the intersection of Social Impact, Communications, and Creative Storytelling primarily through film production.

His most notable work was with KQED where he produced films that were focused on social impact. He served as the producer for “When The Waters Get Deep” and Directed and Produced “Dear Beloved” landing him a number of awards including an Emmy. In 2020 he was named to the YBCA 100 an annual list that celebrated everyday heroes- artists, activists, and community leaders- for their extraordinary commitment to building sustainable, equitable, and regenerative communities.

Mr. McBride is a graduate of the University of California Los Angeles (UCLA).