A quick look at the public’s view of Medicaid, the government health insurance and long-term care program for low-income adults and children, from recent KFF polls. 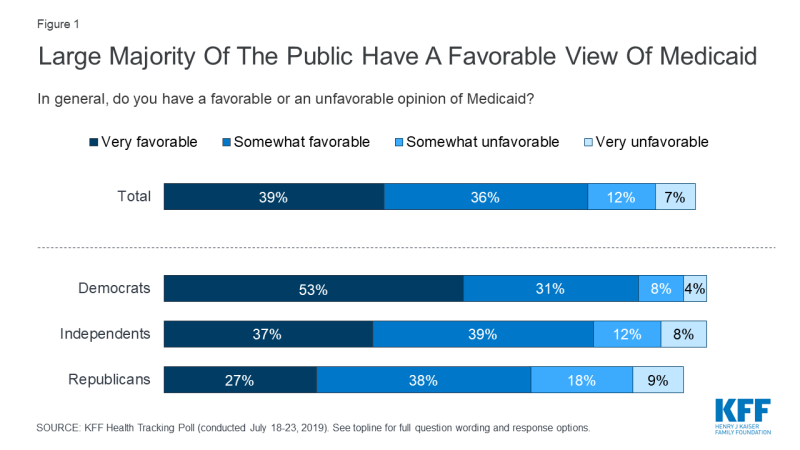 Figure 1: Large Majority Of The Public Have A Favorable View Of Medicaid

In the February 2020 KFF Health Tracking Poll, majorities across partisans say the current Medicaid program is working well for most low-income people covered by the program. More than half of the public overall (56%) as well as Republicans (59%), Democrats (58%), and independents (55%) say the program is “working well.” 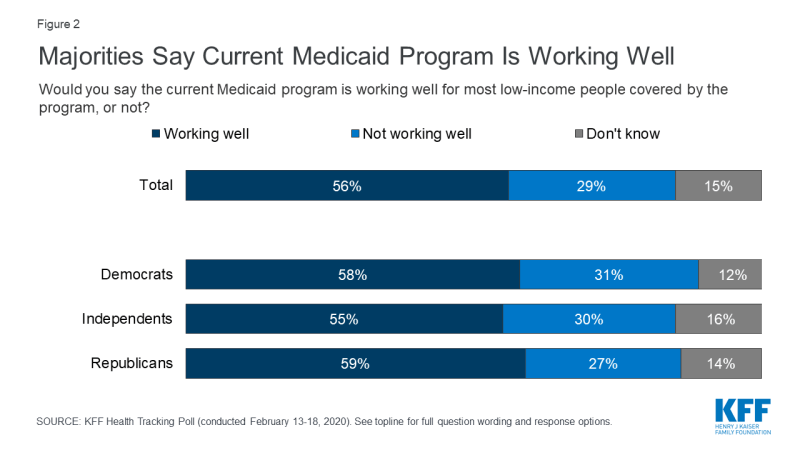 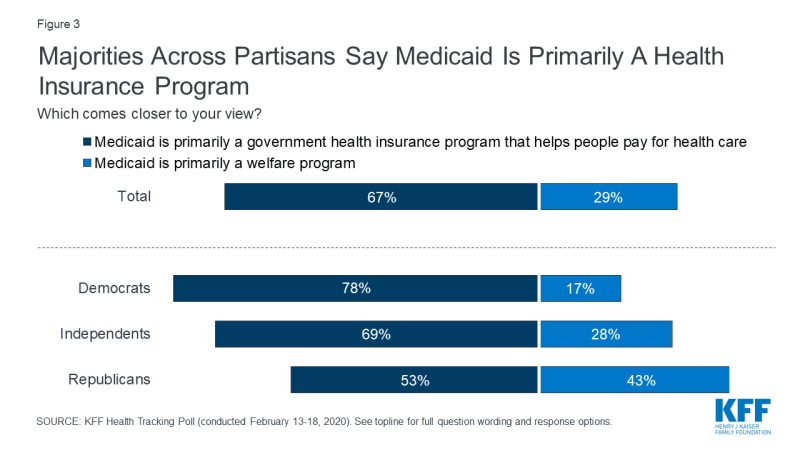 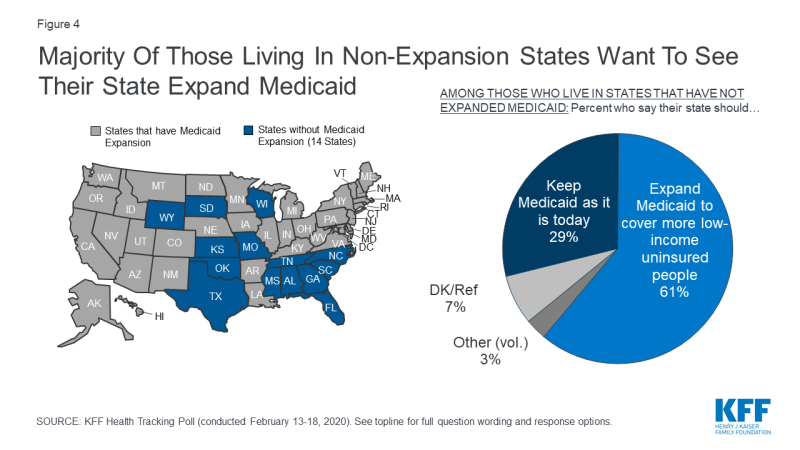 Figure 4: Majority Of Those Living In Non-Expansion States Want To See Their State Expand Medicaid

#5 Most Americans Have Some Connection To Medicaid

Two-thirds of Americans say they have had some connection to the Medicaid program, either having received health insurance through the program themselves (31%), or having their child (9%) or other friends or family members (26%) covered. 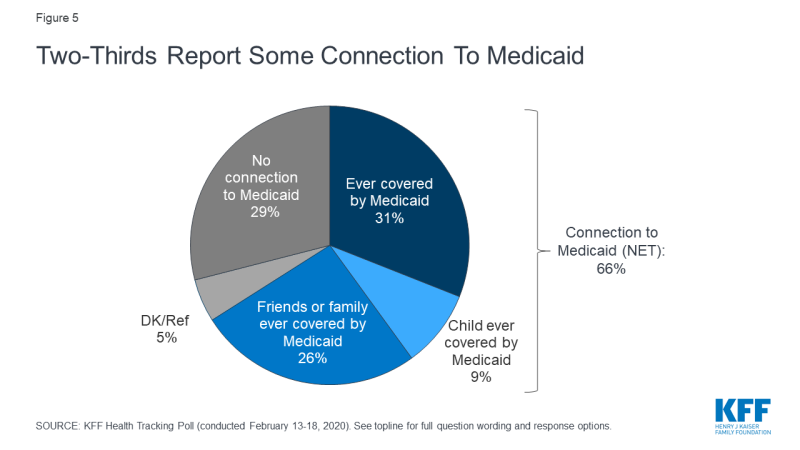