States with State-Based Marketplaces Saw Signups Increase by .2%, While Healthcare.gov States Saw a Drop of 5.3%

11,760,533 people signed up for 2018 health insurance coverage on the ACA individual marketplaces, amid steep reductions in federal funding for outreach and navigators, an enrollment period half as long, and a climate of political uncertainty surrounding the law. The federal government also terminated cost-sharing subsidy payments to insurers in advance of the open enrollment period, leading to increases in premiums but also increased premium subsidies for many consumers that in some cases led to reductions in what they had to pay for coverage. 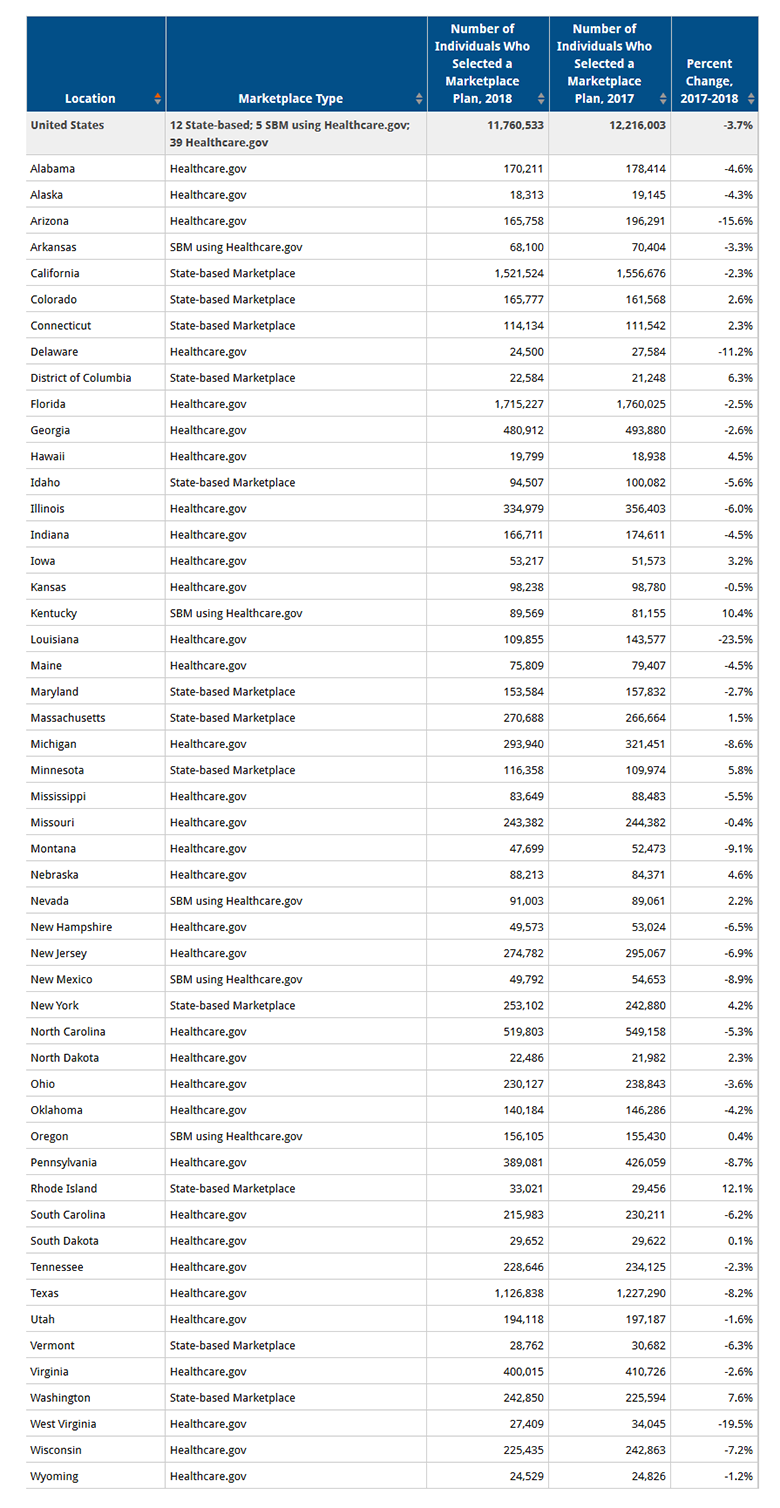