Marketplace Insurers Are Proposing 10% Premium Hikes for 2023 in 13 States and DC, Though Many Enrollees Could Face Much Higher Increases if Congress Doesn’t Extend Enhanced Tax Credits

A new analysis of marketplace insurers’ early rate filings in 13 states and the District of Columbia finds that they are seeking higher premium increases than in recent years, largely due to rising prices paid to hospitals, doctors and drug companies and increased use of services by enrollees.

The median proposed rate increase is 10% across 72 insurers in the markets reviewed, the analysis finds. Unlike in the past few years, relatively few insurers (4 of 72) are seeking to lower their rates, while some (8) are seeking rate hikes of at least 20%.

Insurers’ rate requests are preliminary at this point and may change during the review process before being finalized in late summer. 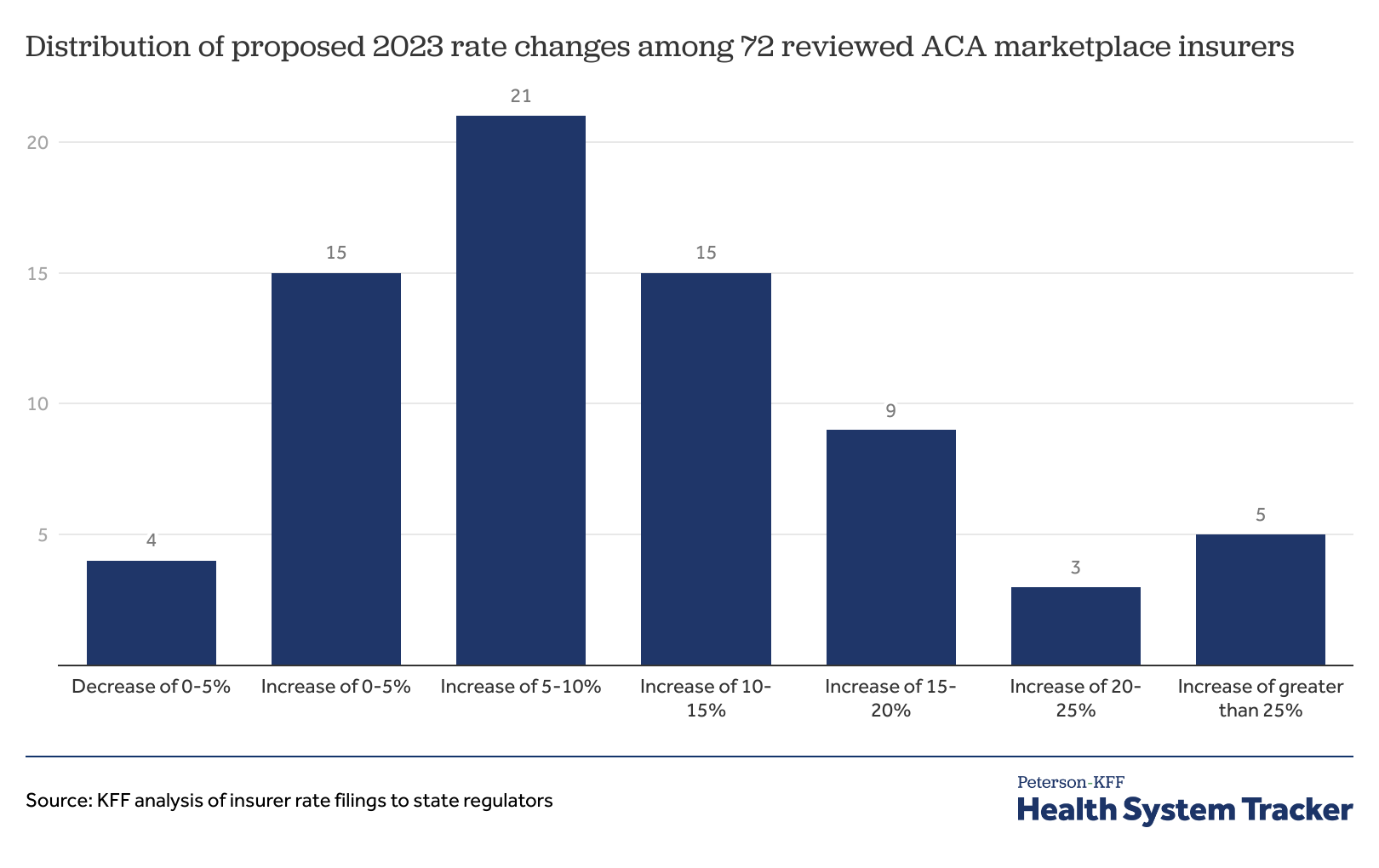 Marketplace insurers include information about the factors affecting their rates for next year, and “trend” is the biggest factor, representing the combined impact of inflation (higher prices to providers and supplies for their rate changes) and utilization (increased use of services by enrollees). These factors are systemic and not specific to the Affordable Care Act’s marketplaces.

Some insurers cited the potential expiration of the enhanced premium tax credits included in the American Rescue Plan Act of 2021 (ARPA) as having a modest impact on their unsubsidized rates – though it would have a much larger impact on what enrollees themselves pay for coverage.

The law limited how much of their income low- and moderate-income enrollees would have to pay to purchase marketplace coverage, making coverage much more affordable, particularly for older enrollees in high-cost areas. Without those enhanced subsidies, the 13 million subsidized enrollees would see their premium payments increase by an average of 53%.

The analysis is available on the Peterson-KFF Health System Tracker, an online information hub dedicated to monitoring and assessing the performance of the U.S. health system.