A new analysis from the Kaiser Family Foundation estimates that the average health insurance premium tax credit received by consumers in 2020 would be at least 36 percent lower under replacement proposals being discussed by Republicans in Congress than under the Affordable Care Act. 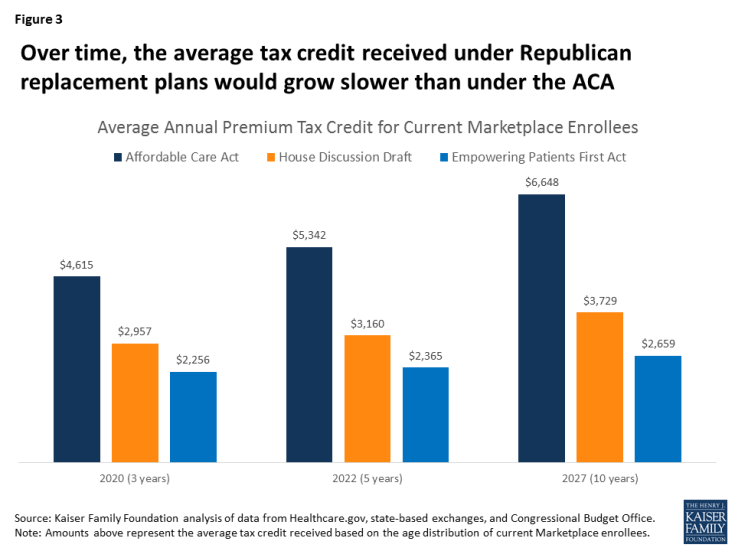 Figure 3: Over time, the average tax credit received under Republican replacement plans would grow slower than under the ACA

The new analysis provides estimates of average 2020 tax credits for people who were enrolled in ACA marketplace plans as of 2017, including average credits for those with low, middle, and high incomes at ages 27, 40, and 60, and in markets with low-, average, and high-cost health insurance premiums.

Both the Affordable Care Act and leading alternative proposals rely on refundable tax credits – reductions in what is owed in federal income tax — to help people pay premiums for health insurance plans in the individual market. However, proposals such as the House Discussion Draft and the “Empowering Patients First Act,” introduced by Rep. Tom Price before he became U.S. Secretary of Health and Human Services, calculate credit amounts differently than the health law.

The ACA takes family income, local cost of insurance, and age into account; and tax credit increases are based on premium growth over time. People with incomes over 400 percent of the federal poverty level are ineligible for financial assistance under the ACA. Under replacement proposals, tax credits vary only with the enrollee’s age, and increases are based on inflation.