A new Kaiser Family Foundation analysis finds that the average premium for a benchmark silver plan in Affordable Care Act (ACA) marketplaces would need to increase by an estimated 19 percent for insurers to compensate for lost funding if they don’t receive federal payment for ACA cost-sharing subsidies.

Established by the health law to reimburse insurers for the cost of reducing out-of-pocket costs for lower-income people buying marketplace plans (with incomes from 100% to 250% of the poverty level), the subsidies have been challenged in a lawsuit from the U.S. House. With a legal appeal pending, the federal government and Congress are in a position to choose whether to continue reimbursing insurers for their cost.

Among 12.2 million people who selected a 2017 ACA marketplace plan, about 58 percent, or 7.1 million, are receiving cost-sharing reductions. An earlier Foundation analysis of 2017 plans found the subsidies lower combined medical and prescription drug deductibles by as much as $3,354 and reduce annual out-of-pocket maximums by up to $5,587.

The Foundation’s new analysis examines the amount insurers would need to increase premiums to make up for the lack of funding, if federal payments cease for the cost-sharing reduction program. 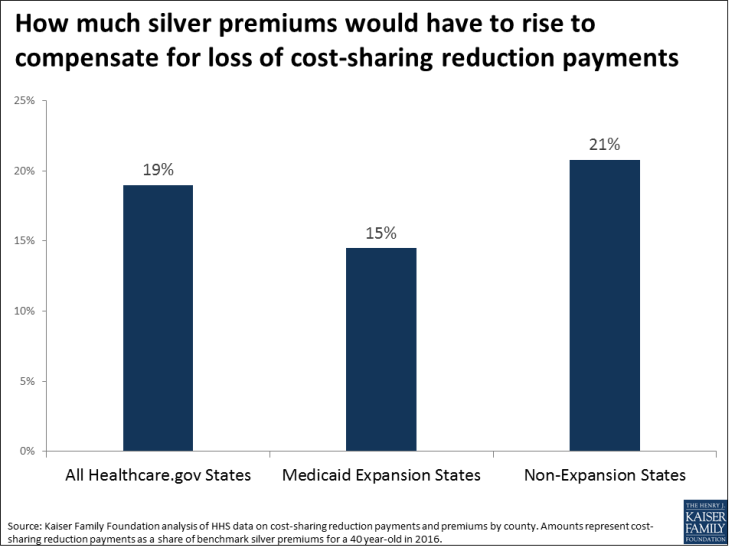 Estimated premium changes vary for the 38 states that used healthcare.gov in 2016, ranging from 9 percent in North Dakota to 27 percent in Mississippi. 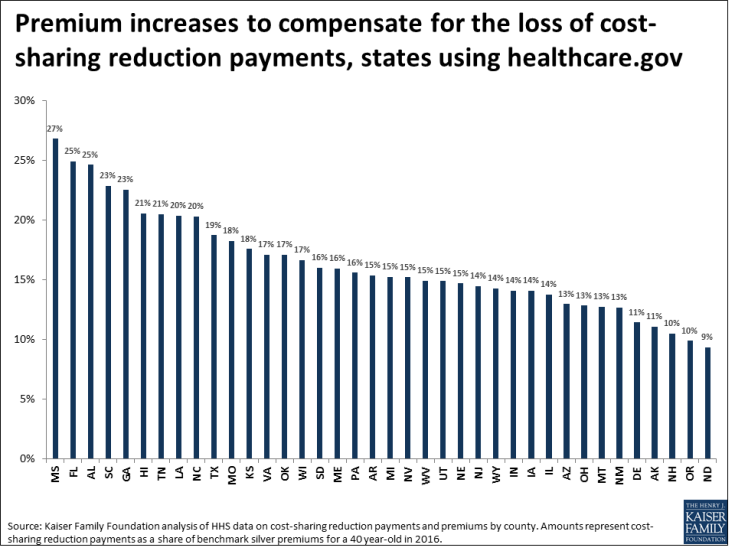