The map and 50-state table are updates to our September analysis, which examined premium changes for the lowest-cost bronze plan and the two lowest-cost silver plans in 16 major cities. The second-lowest cost silver plan in each state is of particular interest as it acts as a benchmark that helps determine how much assistance eligible individuals can receive in the form of federal tax credits. Although premium changes vary substantially across and within states, premium changes for 2015 in general are modest when looking at the low-cost insurers in the marketplaces, where enrollment is concentrated. 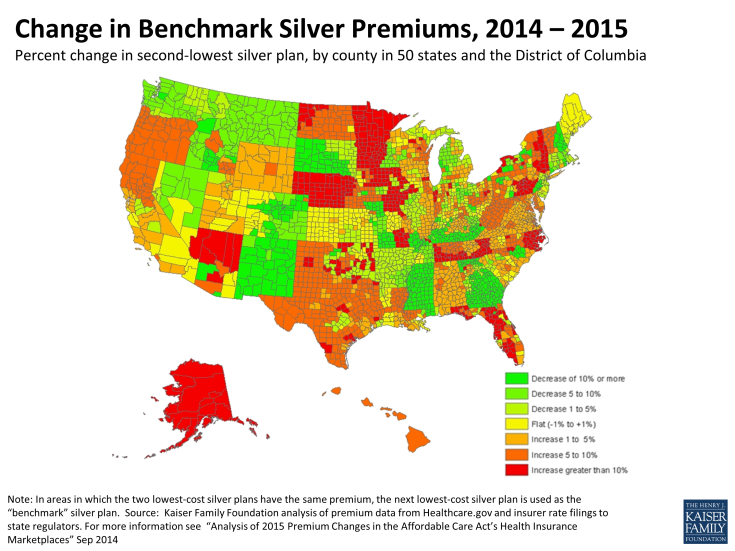 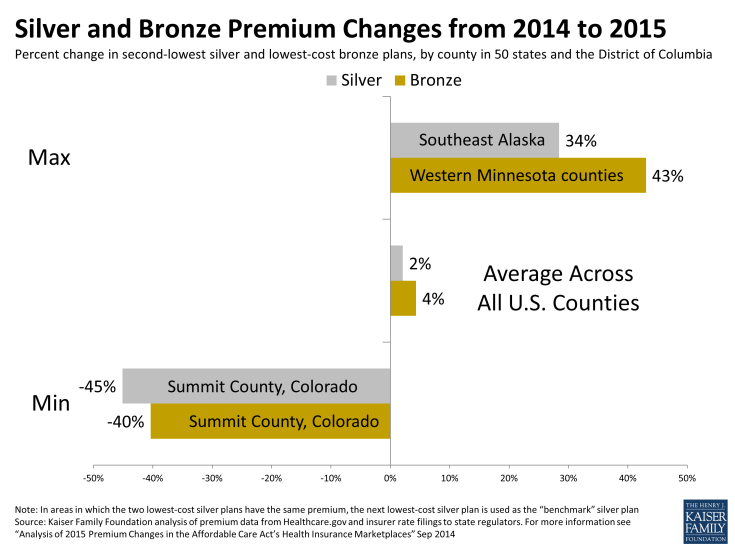 The tables below were first published in the Kaiser Family Foundation analysis of 2015 premium changes in September, 2014. They were updated in January, 2015 with the most recent premium data available.

This table presents the premiums and percent change in benchmark silver plans in a major city in each state. In addition to an enrollee’s income and family size, their second-lowest priced silver plan is used as the benchmark to determine the amount of financial assistance he or she can receive through the Marketplace.

The table below presents the premium and percent change for the lowest-cost bronze plan in a major city in each state. These plans represent the lowest-cost option available to most shoppers on the Marketplaces.